The son of Charles Humphrey Atherton and Mary Ann Toppan-Atherton, Charles G. Atherton was born in Amherst, New Hampshire on 4 July 1804. He was tutored in the classics by the inventor Samuel Abbot, and graduated from Harvard University in 1822 where he studied law. After graduation, Atherton was admitted to the bar in 1825 and commenced practice in Dunstable, New Hampshire (now Nashua). He married Ann Clark in 1828.

Atherton was elected as a member of the State house of representatives in 1830 and 1833–1835 and served as Speaker from 1833-1835. He was Elected as a Democrat to the Twenty-fifth United States Congress and the two succeeding Congresses (4 March 1837 – 3 March 1843) and did not seek reelection in 1842, having become a candidate for Senator.

After leaving the Senate, Atherton resumed the practice of law in Nashua but was again elected to the United States Senate in 1852 for the term beginning 4 March 1853. He took the oath of office on 4 March 1853, and served until he suffered a stroke while attending court and died in Manchester, New Hampshire, 15 November 1853. He is interred in Nashua Cemetery, Nashua, New Hampshire.

He was a States-rights Democrat from a northern State of New England. In his first term in Congress in 1838 he presented five resolutions which were adopted, and which created a new law that barred Congress from discussing petitions which mentioned bringing slavery to an end. He presented his five resolutions on December 11, 1838. Congress approved them on December 12, 1838. Several similar laws were approved by Congress from 1835 to 1840, but the "Atherton Gag" was the only one of them to be named after its creator.

Of the five resolutions, the last one is most indicative of his desires since it contains the vital stipulations. Mr. Atherton wrote:

5. Resolved, therefore, That all attempts, on the part of Congress, to abolish slavery in the District of Columbia or the Territories, or to prohibit the removal of slaves from State to State, or to discriminate between the institutions of one portion of the country and another, with the views aforesaid, are in violation of the constitution, destructive of the fundamental principles on which the Union of these States rests, and beyond the jurisdiction of Congress; and that every petition, memorial, resolution, proposition, or paper, touching or relating in any way or to any extent whatever to slavery, as aforesaid, or the abolition thereof, shall, on the presentation thereof, without any further action thereon, be laid on the table without being debated, printed, or referred. 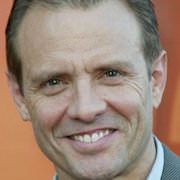