François Marie Charles Fourier (/ˈfʊəriˌeɪ, -iər/; French: [fuʁje]; 7 April 1772 – 10 October 1837) was a French philosopher and an influential early socialist thinker later associated with "utopian socialism". Some of Fourier's social and moral views, held to be radical in his lifetime, have become mainstream thinking in modern society. Fourier is, for instance, credited with having originated the word feminism in 1837.
Fourier's social views and proposals inspired a whole movement of intentional communities. Among them in the United States were the community of Utopia, Ohio; La Reunion near present-day Dallas, Texas; the North American Phalanx in Red Bank, New Jersey; Brook Farm in West Roxbury, Massachusetts (where Nathaniel Hawthorne was one of the founders); the Community Place and Sodus Bay Phalanx in New York State, and several others. Later Fourier inspired a diverse array of revolutionary thinkers and writers.

Fourier was born in Besançon, France on April 7, 1772. The son of a small businessman, Fourier was more interested in architecture than in his father's trade. He wanted to become an engineer, but the local military engineering school accepted only sons of noblemen. Fourier later said he was grateful that he did not pursue engineering, because it would have consumed too much of his time and taken away from his true desire to help humanity.

When his father died in 1781, Fourier received two-fifths of his father's estate, valued at more than 200,000 francs. This inheritance enabled Fourier to travel throughout Europe at his leisure. In 1791 he moved from Besançon to Lyon, where he was employed by the merchant M. Bousquet. Fourier's travels also brought him to Paris, where he worked as the head of the Office of Statistics for a few months. Not satisfied with making journeys on behalf of others for their commercial benefit, and desiring to seek knowledge in everything he could, Fourier would often change business firms and residences in order to explore and experience new things. From 1791 to 1816 Fourier was employed in Paris, Rouen, Lyon, Marseille, and Bordeaux. As a traveling salesman and correspondence clerk, his research and thought was time-limited: he complained of "serving the knavery of merchants" and the stupefaction of "deceitful and degrading duties." He took up writing, and his first book was published in 1808.

Fourier declared that concern and cooperation were the secrets of social success. He believed that a society that cooperated would see an immense improvement in their productivity levels. Workers would be recompensed for their labors according to their contribution. Fourier saw such cooperation occurring in communities he called "phalanxes," based around structures called Phalanstères or "grand hotels." These buildings were four-level apartment complexes where the richest had the uppermost apartments and the poorest enjoyed a ground-floor residence. Wealth was determined by one's job; jobs were assigned based on the interests and desires of the individual. There were incentives: jobs people might not enjoy doing would receive higher pay. Fourier considered trade, which he associated with Jews, to be the "source of all evil" and advocated that Jews be forced to perform farm work in the phalansteries.

Fourier characterized poverty (not inequality) as the principal cause of disorder in society, and he proposed to eradicate it by sufficiently high wages and by a "decent minimum" for those who were not able to work. Fourier used the word civilization in a negative sense and as such "Fourier's contempt for the respectable thinkers and ideologies of his age was so intense that he always used the terms philosopher and civilization in a pejorative sense. In his lexicon civilization was a depraved order, a synonym for perfidy and constraint...Fourier's attack on civilization had qualities not to be found in the writing of any other social critic of his time."

For Herbert Marcuse "The idea of libidinal work relations in a developed industrial society finds little support in the tradition of thought, and where such support is forthcoming it seems of a dangerous nature. The transformation of labor into pleasure is the central idea in Fourier's giant socialist utopia.":217

He believed that there were twelve common passions which resulted in 810 types of character, so the ideal phalanx would have exactly 1620 people. One day there would be six million of these, loosely ruled by a world "omniarch," or (later) a World Congress of Phalanxes. He had a touching concern for the sexually rejected; jilted suitors would be led away by a corps of fairies who would soon cure them of their lovesickness, and visitors could consult the card-index of personality types for suitable partners for casual sex. He also defended homosexuality as a personal preference for some people. Anarchist Hakim Bey describes Fourier's ideas as follows: "In Fourier's system of Harmony all creative activity including industry, craft, agriculture, etc. will arise from liberated passion — this is the famous theory of "attractive labor." Fourier sexualizes work itself — the life of the Phalanstery is a continual orgy of intense feeling, intellection, & activity, a society of lovers & wild enthusiasts."

Fourier was also a supporter of women's rights in a time period when influences like Jean-Jacques Rousseau were prevalent. Fourier believed that all important jobs should be open to women on the basis of skill and aptitude rather than closed on account of gender. He spoke of women as individuals, not as half the human couple. Fourier saw that "traditional" marriage could potentially hurt woman's rights as human beings and thus never married. Writing before the advent of the term 'homosexuality', Fourier held that both men and women have a wide range of sexual needs and preferences which may change throughout their lives, including same-sex sexuality and androgénité. He argued that all sexual expressions should be enjoyed as long as people are not abused, and that "affirming one's difference" can actually enhance social integration.

Fourier's concern was to liberate every human individual, man, woman, and child, in two senses: Education and the liberation of human passion.

Fourier was deeply disturbed by the disorder of his time and wanted to stabilize the course of events which surrounded him. Fourier saw his fellow human beings living in a world full of strife, chaos, and disorder.

Fourier is best remembered for his writings on a new world order based on unity of action and harmonious collaboration. He is also known for certain Utopian pronouncements, such as that the seas would lose their salinity and turn to lemonade, and a coincidental view of climate change, that the North Pole would be milder than the Mediterranean in a future phase of Perfect Harmony.

The influence of Fourier's ideas in French politics was carried forward into the 1848 Revolution and the Paris Commune by followers such as Victor Considerant.

North American Phalanx building in New Jersey
The contents of this page are sourced from Wikipedia article. The contents are available under the CC BY-SA 4.0 license.
comments so far.
Comments
Trending today in 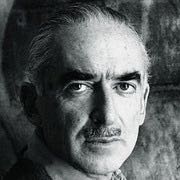