Charles F. Dolan (born October 16, 1926) is an American billionaire, the founder of Cablevision. Through supervoting shares, Dolan today controls AMC Networks, MSG Networks, Newsday and The Madison Square Garden Company, which at one point were all part of Cablevision itself.

Dolan was born in Cleveland. The son of an inventor, he served in the U.S. Air Force and studied at John Carroll University before dropping out and entering the telecommunications field.

His earliest professional endeavors focused on the packaging, marketing and distribution of sports and industrial films. Working together with his wife in their Cleveland home, Dolan edited and produced short film reels of sports events for syndication to television stations. Selling the business, Dolan joined the acquiring firm and moved east to New York.

In the early 1970s, Dolan founded Home Box Office, the first premium programming service in the cable television industry, which he sold to Time Life. Later he organized Cablevision Systems Corporation on Long Island and has spearheaded many of the company's advancements. Most recently, he was the vision behind VOOM, Cablevision's effort to expand content delivery and meet the demands of the exploding HDTV market, which was expected to include 6 million households by the end of 2003—and 12 million by year-end 2005.

From 2001 through early 2002, Dolan was a major bidder in the sale of the Boston Red Sox. Dolan submitted a maximum bid of $750 million, but ultimately lost out to a group headed by John Henry, Tom Werner, and Larry Lucchino.

Dolan is a trustee of Fairfield University and a member of the board of governors of St. Francis Hospital in Port Washington, New York.

In November 2016, Dolan received an honorary doctorate from Fairfield University, "in recognition of his remarkable contribution to our culture industry, for his exemplary vision and tenacity as a media pioneer, and for his important contribution to Fairfield University as a trustee and donor who has supported scholarship funds and the Charles F. Dolan School of Business."

Dolan and his wife, Helen Ann, reside in Oyster Bay, Long Island. They have six children, among them James L. Dolan, a stakeholder in Charles's media properties. Charles's younger brother Larry Dolan and nephew Paul Dolan own the Cleveland Indians.

The Dolan Center for Science and Technology is John Carroll University's showcase building. Completed in 2003 at a cost of over $66 million, it houses JCU's science departments, including Mathematics and Computer Science. 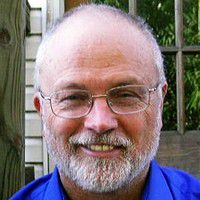