Charles Burkhart is an American musicologist, theorist, composer, and pianist. He holds the title of Professor Emeritus in the Aaron Copland School of Music, Queens College, and the Graduate Center, City University of New York. He is known especially as a scholar in Schenkerian analysis and as a successful lecturer and master class presenter.

Burkhart was a student of Felix Salzer. He holds a M.Mus. degree from Yale University. His M.A. thesis for Colorado College, written in 1952, concentrated on the musical culture of Old Order Amish and of Old Colony Mennonites. Among Burkhart's many students are Channan Willner, Stephen Lindeman, Stephen Slottow, Roy Nitzberg, William Renwick, and Gary S. Karpinski.

Burkhart is known for work on the relations between Schenkerian readings, analysis of rhythm and meter, and implications for performance. Most of the compositions he discusses are for keyboard, especially Bach, Beethoven, and Chopin, but he has also written about opera (Don Giovanni) and song cycles (Schumann's Liederkreis, Op. 39).

A frequently cited article is regarded as the “classic treatment” of motivic parallelisms in Schenkerian analysis. Burkhart introduces the term "Ursatz parallelism"—when a motive in a small span of music (foreground) duplicates one covering a far longer span (background)--but because of its generality (and the abstract nature of the Ursatz) such a figure alone normally does not create significant motivic associations within a composition. Thus, it is more productive to focus on how "motivic parallelisms operate within individual pieces" rather than as symptoms of a tonal system. Burkhart finds that the motivic parallelisms of various surface motives and their "hidden repetitions" in middle-level segments are "much more unusual and interesting." An oft-cited example relates brief motives in the first two bars of Chopin, Nocturne in F♯ major, Op. 15, no. 2, to larger spans: a neighbor-note figure that is also the frame of the melody in bars 1-16; and an arpeggiated chord that is also stretched across bars 1-45. As Burkhart notes, it is common—as in these examples—for the smaller motive to be nested inside the larger parallelism. The limit in breadth of such parallelisms may be found in another oft-cited example: Schubert's "Der Erlkönig," where Burkhart finds that two motives in the piano's introduction map onto the key sequence of the entire song.

Burkhart's compositions include some organ preludes and choruses he has composed and arranged. 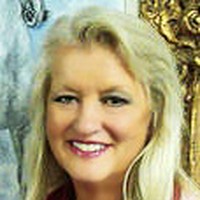