Charles Beadle (October 27, 1881 – ?) was a novelist and pulp fiction writer, best known for his adventure stories in American pulp magazines, and for his novels of the bohemian life in Paris.
He was born at sea. His father, Henry Beadle, was a ship captain, and traveled with his wife Isabelle. Charles grew up in Hackney, in greater London, attending boarding schools. He left home as a teenager and traveled. He served in the British South Africa Police in Southern Rhodesia, doing duty in the Boer War. After the war he traveled up East Africa. He was in Morocco from 1908–12, and began his writing career.
His first known published work was an article, "A Talk with the New Sultan of Morocco" in The Pall Mall Magazine (October 1908). His first known published fiction was the novel The City of Shadows: A Romance of Morocco (1911). He sailed to New York City, arriving on November 14, 1916. He established himself as a pulp adventure writer, publishing authentic stories of Africa for Adventure, Argosy, Short Stories, The Frontier, etc. He also wrote sea stories.
His most successful work was probably Witch-Doctors, a four-part serial in Adventure (issues of March 15 to May 1, 1919). It was published as a book in 1922, both in the U.S. and London.
By 1920, he was living in Paris, which appears to have been his residence for the rest of his life. He published at least one book, The Esquimau of Montparnasse, on the bohemian scene in Paris.
He is presumed to have died in France, although his date of death is currently unknown. His last known published work was "Nameless Spy," a ten-page story in Short Stories (June 10, 1947). 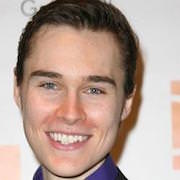