Charbel Dagher (Arabic: شربل داغر‎) is a Lebanese professor at the University of Balamand, Koura, Lebanon. He has been an active and prominent voice on the Arab cultural scene, mainly in the fields of poetry, Arabic language, and Arab and Islamic arts. He is a Poet, writer and story-writer in both Arabic and French.

Charbel Dagher was born in Wata Hub, Tannourine, Lebanon on 5 March 1950. He graduated from the New Sorbonne University – Paris III, and is a holder of two PhD's in Modern Arabic Letters (1982) and Aesthetics of Arts (1996). He is a professor at the University of Balamand, Lebanon.
As a professor, he cooperated with the University of Toulouse Le Mirail, the University of Metz and the University of Paris V – New Sorbonne in France, the University of Malta in Malta and the University of Bologna in Italy. He also worked as a visiting professor at Higher Institutes for Fine Arts in several Tunisian cities, including Tunis, Sfax and Gabes...
Dagher is a consultant in Islamic art and modern fine arts. As a journalist, he wrote in Arabic and French in Beirut, Paris and London. His works were published in several international periodicals such as the UNESCO Courier (Paris) and 'Fikrr wa Fan' (Munich).
He has overseen several scientific conferences including "Young Poets: Questions and Challenges" (Al-Mu'tamid ibn Abbad University, Morocco, 1987), "Art and Market" (Arab European University and University of Malta, Malta, 1987), "Art and the City" (Arab European University and Bologna University, Italy, 1988), "Arabic Poetry: Modernity Now" (Al-Mu'tamid ibn Abbad University, Morocco, 1990), "Arabic in Lebanon" (University of Balamand, Lebanon, 1997) and "Renaissance: Liberal Introductions to Modernity" (American University in Beirut, Beirut, 1998).
He was selected as the general coordinator of the international acknowledgement of the president-poet Léopold Sédar Senghor in 1990.
He held the position of the Secretary General of the Executive Council of the "Arab-African Cultural Forum" (Rabat) between 1986 and 1988 and the Secretary General of the "African Poetry Award" (Asilah, Morocco) since it was first established in 1989 to 1993. He chaired art juries in various events including the "Fine Arts Festival" in Bahrain (1997, 2000), the 6th Sharjah International Biennial (2003), Oman Fine Arts Festival (2006). He also participated in Liège Biennal (Belgium), Cairo Biennal, Dakar Biennal, and in other cities.

Artworks inspired by his poetry

A number of artists and theater directors have chosen Dagher's poems as subjects for their exhibitions or drama performances:

Dagher published several major works which have received high praise from diverse groups of critics in the Arab World. His long list of publications on modern Arabic art and Islamic art includes:

The contents of this page are sourced from Wikipedia article on 23 Jun 2020. The contents are available under the CC BY-SA 4.0 license.
View Charbel Dagher 's image gallery
Image Gallery 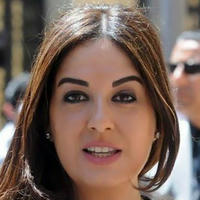 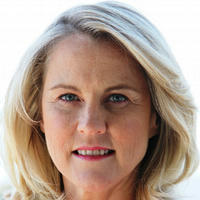