Nawab Changez Khan Marri (Urdu: نواب چنگیز خان مری‎) is the Nawab of the Marri Baloch tribe in Pakistan. He has served as Balochistan's Irrigation and Energy Minister since 15 October 2013.

Nawab Changez Khan Marri was elected to the Provincial Assembly of Balochistan as a member of Pakistan Muslim League (N) in Pakistani general election, 2013.

He was a contender for the Chief Minister of Balochistan.

An unidentified assassin threw a grenade at Changez Marri's residence on 15 January 2016. The grenade failed to detonate and no one was harmed. 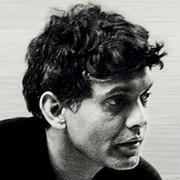