Chamath Palihapitiya (born September 3, 1976) is a Canadian venture capitalist and the founder and CEO of Social Capital. Palihapitiya was an early senior executive at Facebook, joining the company in 2007 and leaving in 2011. He is a minority stakeholder and board member of the Golden State Warriors.

Palihapitiya was born in Sri Lanka and, at the age of six, moved with his family to Canada. Throughout his childhood, Palihapitiya's father was constantly unemployed and his mother was a housekeeper. Living on welfare, Palihapitiya recalls sleeping on a mattress in the living room. He attended Lisgar Collegiate Institute while working part time to assist his family, and graduated at the age of 17.

After graduating from the University of Waterloo in 1999 with a degree in electrical engineering, Palihapitiya worked for a year as a derivatives trader at the investment bank BMO Nesbitt Burns. He moved to California to be with his then-girlfriend, Brigette Lau, and they later married. In 2018 Palihapitiya filed for divorce.

Career as a software engineer and manager

Palihapitiya joined AOL, becoming the youngest vice president of the company in its history, heading its instant messaging division in 2004. In 2005, he left AOL and joined Mayfield Fund; a few months later he left that job and joined Facebook, which was then a little more than a year old. Palihapitiya's work at Facebook involved trying to increase its userbase.

Career as a venture capitalist

Palihapitiya made investments on the side while still employed at Facebook, including investments in Palantir, Pure Storage (NYSE:PSTG), Playdom (bought by The Walt Disney Company), and Bumptop (bought by Google).

In 2011, he left Facebook and started his own fund, The Social+Capital Partnership, with his wife. The firm changed its name to Social Capital in 2015. It has stood out strategically, with a focus on technology in healthcare, financial services, and education, as well as on software as a service. Social Capital started investing in health and education when those fields were largely neglected by other venture capitalists.

The fund was praised by Peter Thiel, who invested in it and expressed enthusiasm for Palihapitiya's approach.

Through the fund, Palihapitiya has invested in a number of companies, including Glooko, Inc, Yammer, SecondMarket, Slack, Box, and Premise. In 2017 he became a member of the board of directors of Slack.

In March 2013, Palihapitiya confirmed that his venture fund had raised more than $275 million in its second round of fundraising. As of 2015, the fund had more than $1.1 billion in total assets.

In October 2015, Palihapitiya and Social Capital worked with the technology industry publication The Information to publish a report on diversity in venture capital. The study found that 92% of senior investment teams at top-tier venture firms are male and 78% are white. Based on the report, Palihapitiya wrote an op-ed calling for a "wake-up call" among venture capital firms that would "recapture our potential and open doors" in order to "surround ourselves with a more diverse set of experiences and…prioritize a diverse set of things."

In 2019 Palihapitiya stepped down as a member of the board of directors of Slack.

Career as a poker player

Palihapitiya was listed as one of the "Founders" of the lobbying group FWD.us. The group launched on April 11, 2013, and its goals include immigration reform, improving education, and enabling technological innovation, all in a United States context. An article in The New Republic stated that Palihapitiya received a weekly report about FWD.us and also quoted him as saying, in response to controversy around the FWD.us political lobbying strategy: "The folks that are actually people that run that day to day are sophisticated and understand the nuances of how to affect it... It's a really gnarly, gnarly thing having to deal with Washington. And to be honest with you, my perspective was, it's a really good investment because it's a good way to pay it forward, and I'm really glad there are other people other than me who are dealing with it who have the patience and resolve to figure it out."

At Bloomberg's Next Big Thing conference in Sausalito, California, Palihapitiya made remarks critical of San Francisco's then mayor, Ed Lee, and proposed that the city provide subsidized housing to low-income residents funded by an equity tax on startups, with the tax-and-subsidy schemes potentially restricted to particular zones of the city. This led to a heated debate between Palihapitiya and super angel Ron Conway. Conway, a supporter of Lee, defended the city's policies, argued that things would get better for all residents, and noted that Palihapitiya lives in Palo Alto rather than in the city. In a later clarification to TechCrunch, Palihapitiya outlined his vision in more detail and described how his views on inequality and social mobility were shaped by his experience growing up with relatively poor immigrant parents in Canada.

In November 2017, Palihapitiya revealed that, for ethical reasons, he regrets having helped Facebook to become the largest social media platform. He said, "[t]he short-term, dopamine-driven feedback loops that we have created are destroying how society works: no civil discourse, no cooperation, misinformation, mistruth and it's not an American problem. This is not about Russian ads. This is a global problem. It is eroding the core foundations of how people behave by and between each other. I can't control them. I can control my decision, which is that I don't use that shit. I can control my kids' decisions, which is that they're not allowed to use that shit". Following criticism from Facebook for his remarks, Palihapitiya subsequently clarified, "I genuinely believe that Facebook is a force for good in the world, so I'd like to expand on my comments...My comments were meant to start an important conversation, not to criticize one company — particularly one I love. In 2017, many of us have grappled with the unintended consequences of the products we've built. Social media platforms in particular have been used and abused in ways that we, their architects, never imagined. Much blame has been thrown and guilt felt, but the important thing is what we as an industry do now to ensure that our impact on society continues to be a positive one." 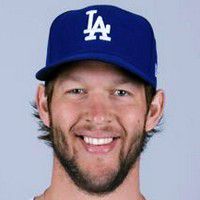 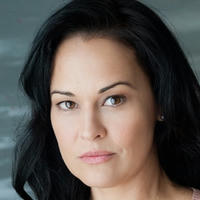