Chakib Benmoussa (Arabic: شكيب بن موسى‎‎) (born 1958, Fes) is a former Interior Minister of Morocco and the lead negotiator for the Moroccan side in the Western Sahara conflict.

Benmoussa was born in Fes. He graduated from École Polytechnique of Paris in 1979 and from École Nationale des Ponts et Chaussées in Paris in 1981 and a holder of Master of Science from Massachusetts Institute of Technology (MIT).

Between 1989 and 1995 he worked as an executive at the Ministry of Equipment and Transportation, then as the secretary general of the Prime Minister (95-98) and President of SONASID (1998-2000), a state-owned steel company based in Nador. In 2000, he became a member of the Executive board of ONA Group, where Morocco's Royal family are one of the main shareholders, and CEO of Brasseries du Maroc. He joined the Ministry of the Interior in 2002.

The Moroccan Interior Ministry arrested 56 suspected terrorists in six cities on August 7, 2006. The suspects, believed to be members of the Jammaat Ansar El Mehdi terrorist organization, include soldiers and wives of two pilots for Royal Air Maroc, the Moroccan state airline. Explosives, laboratory materials and propaganda leaflets were seized by police. In 2003 suicide bombings killed 45 people in Casablanca. Human rights activists accuse the Moroccan government of detaining innocent people and using torture. Commenting on the arrests on September 1, Minister Benmoussa said in a statement, "The members of this group were planning terrorist attacks targeting tourist sites, strategic government facilities and foreign holdings, and assassinations of prominent figures for political or moral reasons."

He was, in a January 2010 cabinet reshuffle, succeeded as Interior Minister by Taib Cherkaoui. 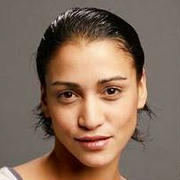