Cecylia Arzewski was born to Polish-Jewish parents in Kraków, Poland. Both of her parents, Bronislawa and Stanislaw Arzewski, and her brother Michael Arzewski (born 1938) were Holocaust survivors. Arzewski and her brother Michael (a pianist) both received the American-Israeli cultural foundation scholarship in 1957. Michael Arzewski went on to study at the Juilliard School with Eduard Steuermann and Mieczyslaw Munz.

She began her violin studies with E. Kawalla at the age of five. After moving to Israel, she studied at the Tel Aviv Conservatory with Odeon Partos. In 1960 when the family moved to the US, she studied with Ivan Galamian at the Juilliard School of Music. In 1967 Arzewski moved to Boston, MA and studied at the New England Conservatory with Joseph Silverstein, who became her mentor. She studied with Joseph Silverstein until 1975. She also coached with Josef Gingold, Paul Makanowitzky and Jascha Heifetz.

In 1969, Arzewski played with the Buffalo Philharmonic Orchestra as a principal 2nd violinist. Five months later, she auditioned for the Boston Symphony and became a member of the 2nd violin section working with William Steinberg. When she joined the Boston Symphony in 1970, she became the youngest tenured violinist in the history of the orchestra. In 1978, she rose to the position of Assistant Concertmaster and continued her work with Seiji Ozawa.

Arzewski owned and played for the bulk of her career a violin by Pietro Guarnerius of Mantua, 1714, titled "Geza de Kresz, ex Caressa".

After stepping down from her position as the Atlanta Symphony Orchestra Concertmaster, Arzewski became the Artistic Director for the 2008 and 2009 North Georgia Music Festivals. In 2019, Arzewski authored the book "Gustav's Gate" for a young audience between the ages of 7 and 12. This story features a dog named Gustav, found sick in the Chattahoochee National Forest. It aims to encourage a love of the arts in children.

In 1978, Arzewski was an award winner at the Twentieth Bach International Competition at Merriweather Post Pavilion in Columbia, M.D. Following this accomplishment, she performed an unaccompanied Bach solo recital at Carnegie Hall. Since her 1978 success, Arzewski has become involved with the International Bach Competition as a member of the 2014 and 2018 competition juries. Arzewski has also appeared as a soloist with the Cleveland Orchestra and the Boston Pops. She toured Europe on two occasions playing the Mozart D major and Stravinsky violin concertos. Arzewski has also performed chamber music with artists such as Emanuel Ax and André Watts. 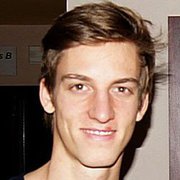