Catherine Oxenberg (Serbian: Катарина Оксенберг, Katarina Oksenberg, born September 22, 1961) is an American actress best known for her performance as Amanda Carrington on the 1980s prime-time soap opera Dynasty. She is the daughter of Princess Elizabeth of Yugoslavia. She has dual citizenship, American and Serbian.

Elizabeth is a first cousin once removed of the current Duke of Kent and also a second cousin once removed of Queen Sofía of Spain and Charles, Prince of Wales, making Catherine a third cousin of Felipe VI of Spain and Prince William, Duke of Cambridge. Catherine is also a great-great-great-granddaughter of Karađorđe, who started the First Serbian Uprising against the Turks in 1804.

Catherine Oxenberg's maternal grandmother, Princess Olga, was the daughter of Grand Duchess Elena Vladimirovna of Russia and Prince Nicholas of Greece and Denmark, himself the son of another Romanov grand duchess, Queen Olga Konstantinovna of the Hellenes and her Danish-born husband King George of Greece, brother of Queen Alexandra of the United Kingdom and Empress Maria Fyodorovna. Princess Olga was the sister of Princess Marina, who married the Duke of Kent (uncle of Queen Elizabeth II of the United Kingdom); and also a first cousin of the Duke of Edinburgh (husband of Queen Elizabeth II) through their respective fathers Prince Nicholas of Greece and Denmark and Prince Andrew of Greece and Denmark, who were brothers.

Oxenberg made her acting debut in the 1982 made-for-television film The Royal Romance of Charles and Diana, in which she played Diana, Princess of Wales. In 1984, Oxenberg joined the hit ABC prime time soap opera Dynasty — then at its height of popularity — in the role of Amanda Carrington, the second daughter of Blake Carrington (John Forsythe) and Alexis Colby (Joan Collins). Following a salary dispute after the end of her second season on the show, she was fired from Dynasty in 1986 and the role was recast with American actress Karen Cellini.

Oxenberg was the guest host on the NBC late-night sketch comedy series Saturday Night Live on May 10, 1986 (making her the only descendant of a royal family to host the show). Oxenberg starred as Princess Elysa in the 1987 television film Roman Holiday. She also appeared in The Lair of the White Worm in 1988, and reprised the role of Diana, Princess of Wales in the TV film Charles and Diana: Unhappily Ever After in 1992. From 1993 to 1994, she starred in the short-lived series Acapulco H.E.A.T..

Oxenberg was portrayed by Rachael Taylor in the 2005 telemovie Dynasty: The Making of a Guilty Pleasure, a fictionalized retelling of the behind-the-scenes goings-on during the production of Dynasty. In 2006, Oxenberg appeared in the TV special, Dynasty Reunion: Catfights & Caviar, in which she was reunited with her former Dynasty castmates to reminisce about the series.

Conan O'Brien mentioned in a 2000 commencement speech that Oxenberg is listed directly ahead of him in the Class of 1985 Harvard freshman Facebook. A contemporary Harvard Crimson piece, however, indicates that she was at least initially in the Class of 1983, dubbing her "queen of the Facebook".

Oxenberg's first marriage was to the producer Robert Evans, in Beverly Hills, California on July 12, 1998, but the marriage was annulled nine days later.

Oxenberg met actor Casper Van Dien during the filming of the 1999 TV movie The Collectors, and they worked together again in the 1999 Evangelical Christian thriller The Omega Code. On May 8, 1999, they married in Las Vegas, Nevada. In 2005, the couple appeared in their own reality series, I Married a Princess, which aired on the Lifetime Television channel in the United States and on LIVINGtv in the United Kingdom. During the 2006–2007 TV season, Oxenberg and Van Dien co-starred in the American drama series Watch Over Me on MyNetworkTV.

Van Dien filed for divorce from Oxenberg in 2015.

Oxenberg is the mother of India Riven Oxenberg (born June 7, 1991), whose father has never been publicly identified, and of two daughters with Van Dien: Maya (born September 20, 2001) and Celeste Alma (born October 3, 2003). Van Dien has two children from his previous marriage, of whom he has full custody (Casper "Cappy" Robert Mitchum Van Dien and Caroline "Gracie" Dorothy Grace Van Dien).

Oxenberg and Van Dien are celebrity ambassadors for the non-profit organization Childhelp.

Oxenberg is 1,375th in the line of succession to the throne of the United Kingdom and the Commonwealth Realms. 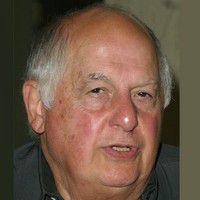 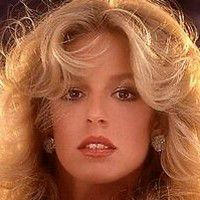 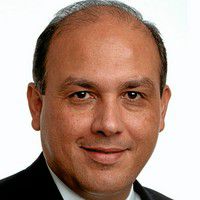