Cathal Barrett (born 21 July 1993) is an Irish hurler who plays for Tipperary Championship club Holycross-Ballycahill and at inter-county level with the Tipperary senior hurling team. He usually lines out as a right corner-back.

Barrett first came to prominence as a hurler with Thurles CBS. He played in every grade before eventually joining the senior hurling team. On 26 February 2010, he lined out at right wing-back when Thurles CBS drew 1-12 apiece with Ardscoil Rís from Limerick in the Harty Cup final. Barrett retained his position on the starting fifteen for the replay on 6 March 2010 which resulted in a 4-15 to 2-21 draw. On 11 March 2010, he was at centre-back when Thurles CBS suffered a 3-15 to 0-14 defeat by Ardscoil Rís in a second replay of the final.

Barrett studied at the Limerick Institute of Technology between 2011 and 2016 and joined the senior hurling team in his second year. He was a regular player in defence in various Fitzgibbon Cup campaigns.

Barrett joined the Holycross-Ballycahill club at a young age and played in all grades at juvenile and underage levels, enjoying championship success in the minor grade. He eventually joined the club's top adult team.

Barrett was just 16-years-old when he was selected for the Tipperary minor hurling team prior to the start of the 2010 Munster Championship. He made his first appearance for the team on 5 May 2010 when he lined out at right corner-back in Tipperary's 0-17 to 1-13 defeat by Clare.

Barrett was again eligible for the Tipperary minor team in 2011, however, his position changed from corner-back to left wing-back. His minor career ended with a 3-13 to 1-13 defeat by Clare on 24 June 2011.

On 31 May 2013, Barrett made his first appearance for the Tipperary under-21 team when he lined out at right corner-forward in a 2-18 to 2-11 defeat of Limerick. He was switched to left corner-back when Tipperary suffered a 1-17 to 2-10 defeat by Clare in the Munster final on 7 August 2013.

Barrett was added to the Tipperary senior team in advance of the 2014 National League. He made his first appearance for the team on 15 February 2014 when he lined out at right corner-back in a 2-13 to 0-16 defeat of Waterford. On 4 May 2014, Barrett was again at right corner-back when Tipperary suffered a 2-25 to 1-27 defeat by Kilkenny in the National League final. He made his Munster Championship debut on 1 June 2014 when he played the full 70 minutes in a 2-18 to 2-16 defeat by Limerick. On 7 September 2014, Barrett played in his first All-Ireland final against Kilkenny. He lined out in his usual position of right corner-back in the 1-28 to 3-22 draw with Kilkenny. Barrett retained his place on the starting fifteen for the replay on 27 September 2014, however, he ended the game on the losing side following a 2-17 t 2-14 defeat. He ended the season by being named Young Hurler of the Year.

On 12 July 2015, Barrett lined out at right corner-back in his first Munster final. He ended the game with his first winners' medal following Tipperary's 0-21 to 0-16 defeat of Waterford. Barrett ended the season by receiving a second successive All-Star nomination.

On 23 April 2017, Barrett lined out at right corner-back when Tipperary suffered a 3-21 to 0-14 defeat by Galway in the National League final. On 30 May 2017, it emerged that he had been dropped from the Tipperary senior hurling panel for an "internal issue". It was later revealed that Barrett had been arrested and charged with assaulting a barman at Hayes' Hotel in Thurles on 27 May 2017, a charge he was later found guilty of.

In October 2017, it was confirmed that Barrett would return to the Tipperary senior hurling panel for the 2018 season after "clear-the-air" talks with the Tipperary management. On 8 April 2018, he was introduced as a 45th-minute substitute for Séamus Kennedy when Tipperary suffered a 2-23 to 2-17 defeat by Kilkenny in the National League final. On 20 September 2018, it emerged that Barrett had been banned from driving for two years after being convicted of being intoxicated while in charge of a car.

On 18 August 2019, Barrett was selected at right corner-back when Tipperary faced Kilkenny in the All-Ireland final. He became embroiled in one of the major talking points of the game when Richie Hogan was red-carded after a head-high tackle on Barrett. He ended the game with a second All-Ireland winners' medal following the 3-25 to 0-20 victory. Barrett ended the season by being named in the left corner-back position on the All-Star team. 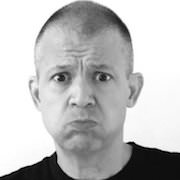