Cass Calder Smith is an internationally recognized American architect. He and his firm, CCS Architecture, are known for high-profile restaurant designs in San Francisco, California, and New York City.

Smith was born in New York City in 1961. His father is Howard Smith, a journalist and academy-award winning documentary film director. His mother is a California landscape painter and designer.

He grew up in the West Village neighborhood of New York City in the 1960s, attending Public School 41. His parents divorced when he was ten, and in 1972 he moved with his mother and younger brother Zachary, first to a commune in Rockland County, New York, then later to the Star Hill Academy for Anything, a commune near Woodside, California that was adjacent to the home of musician Neil Young. The site had no running water or electricity, but it included the landowner's former lumber yard. Smith was out of school for several years, and spent the time building housing structures out of abandoned lumber. He attended high school in the Sierra Foothills and earned an undergraduate architecture degree from University of California, Berkeley. He supported himself as a carpenter during college, progressing from small jobs to complete design projects. He formed his own design and construction company after college, which he wound down to attend graduate school.

Smith established his architecture firm, CCS Architecture, in 1990. Smith's career designing restaurants started with Restaurant Lulu, one of the landmark restaurants in the early 1990s San Francisco dining scene. During his last semester at graduate school then-roommate Reed Hearon, an aspiring chef, was working with restaurateur Rowena Wu to open a restaurant in a former warehouse in San Francisco's SOMA district. Smith was awarded the commission, and the final design attracted much attention.

Aesthetically, he is known for clean, modernist design aesthetic.

In 2008 Smith was appointed to the San Francisco Arts Commission. In 2005 his firm opened a New York office. As of 2009 the firm employs approximately 20 people.

Projects for which Smith is known include:

The contents of this page are sourced from Wikipedia article on 17 May 2020. The contents are available under the CC BY-SA 4.0 license.
View Cass Calder Smith 's image gallery
Image Gallery 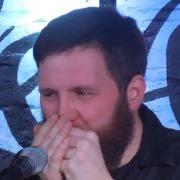 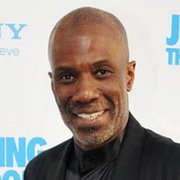