Ruud started the year by being the no. 1 ranked Junior player on January 4, making him the first Norwegian to do so.

For the 2016 season, Ruud set his goals on playing Futures tournaments to play more senior tennis and start climbing the ATP Rankings. In February, he played his first Futures final, a final he ended up winning against Carlos Taberner in Paguera, Spain.

He has since played four more finals, winning one of them against Mikael Torpegaard in Kaarina, Finland in August.

In September, 2016, in his first ever ATP Challenger tournament, Ruud managed to win the Copa Sevilla after beating Taro Daniel in the final. By winning on his debut Ruud became the fourth-youngest to ever do so. In the tournament, he recorded his first wins over players ranked in the top 150. He knocked-out the top seed Iñigo Cervantes in the quarter-final, who at the time was ranked no. 75 on the ATP Rankings. Due to his win in his Challenger debut, Ruud received a wildcard to the 2016 Chengdu Open, his first ATP World Tour 250 series tournament. Ruud lost to Viktor Troicki 6–3, 7–6 in the first round.

Ruud finished 2016 with a career high ranking of 225 on the ATP Ranking.

After impressing in 2016 and climbing the ATP Ranking, Ruud lost in the third and final round of 2017 Australian Open – Men's Singles Qualifying to Reilly Opelka. Ruud then received a wildcard into the ATP 500 event 2017 Rio Open where he defeated Rogério Dutra Silva, Roberto Carballés Baena, and Thiago Monteiro to advance to his first ATP level semi-final. This made him the youngest to make an ATP 500 semi-final since Borna Ćorić at the 2014 Swiss Indoors. Ruud was defeated by Pablo Carreño Busta in the semifinals but reached a career-high ranking of 133. Ruud received a wildcard into the 2017 Miami Open, marking his first appearance at an ATP Masters 1000 tournament.

He became a part of the Norwegian Davis Cup team in 2015, and together with countryman Viktor Durasovic made sure Norway was promoted from Group Three Europe Zone to Group Two Europe/Africa Zone.

In the 2016 Davis Cup, Ruud and Durasovic lost 3–2 to Lithuania in the first round. In the play-offs they beat Luxembourg 3–2 to stay in the Group Two Europe/Africa Zone.

Ruud is the son of former pro-tennis player Christian Ruud. 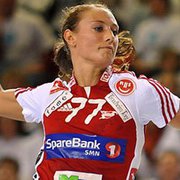 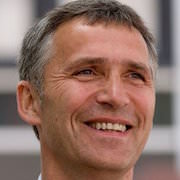