Casimiro Alegre (1741–1825) was an Argentine politician and military man, who had an outstanding participation during the Viceroyalty of Peru and Viceroyalty of the Río de la Plata, serving as alcalde of campaign in the Province of Buenos Aires, and as Commandant in the Regiment of Blandengues of the Frontier of Buenos Aires.

He participated in military expeditions against the Indians prior to the Desert Campaign of the 1830s. He was one of the landowners of Buenos Aires who supported the Independence movements of Argentina.

He was born in Buenos Aires, the son of Matías Alegre and Francisca de Sosa, belonging to a Creole family from Asunción. He possibly did his elementary studies in the city of Buenos Aires, and began his military career at the age of nineteen or twenty, serving in the Guardia del Juncal, a fortress built in the town of Cañuelas to prevent the advance of the Indians.

Most of his services to the Ejército Español were related to militia expeditions in the northern and southern areas of the Province of Buenos Aires. In 1777, Casimiro Alegre led a caravan of fifteen carts, which were to transport three hundred wooden posts for the repair the Fort of Monte, being also the responsible for the construction of the barracks on the shores of Laguna of Monte, an area populated by rebellious Indians. In 1779, he was promoted to Lieutenant of militia and appointed Captain in 1780. That same year he was appointed alcalde of the campaign in the town of Magdalena. He lent his oath on February 12, 1780 before the dean councilor of the Cabildo de Buenos Aires Don Gregorio Ramos Mexía.

As mayor and captain of militias he participated in several military campaigns against the indigenous incursions in the Province of Buenos Aires. The night of August 27, 1780, in Luján there had been an Indians attack composed of thousands of pampas warriors. The Consejo de guerra of Buenos Aires had appointed to Captain Casimiro Alegre, to lead the punitive expeditions against raids. These military expeditions were properly equipped with flintlocks, carbines, pistols, lances and sabers.

He also served in the expeditions against the Portuguese in the Banda Orienta del Uruguay, having an active participation during the Spanish–Portuguese War.

Towards the end of 1770 he had a social, political and economic rise in the colonial bureaucracy of the Río de la Plata. He served as alcalde de la hermandad in the towns of Magdalena, La Matanza (three times-1790, 1795, 1796) and San Vicente, which also covered the current territory of Almirante Brown. He was entrusted to carry various military and political missions, serving also in the assistance of the first settlers of the province of Buenos Aires.

In 1795 he was commissioned by the Viceroy, Pedro Melo de Portugal to make the appraisal of a land located in the current territory of Marcos Paz.

The alcaldes of "la hermandad" had to fulfill both administrative, judicial and also policial functions, dedicating themselves to the persecution of bandits in the rural areas of the province.

Casimiro Alegre supported the patriot cause in the May Revolution and during the War of Independence. He and his sons Florencio and Francisco had collaborated to buy horses, for the First Upper Peru campaign, and made available to the authorities of Buenos Aires, his whole regiment of militias, including all personal staff of his ranch of San Vicente.

He served under the command of the San Vicente militias for almost the entire 1810s. He was retired from the Argentine Army with the rank of Sergeant major, Commandant in the 1st Company of urban militias of San Vicente, province of Buenos Aires in 1817. In 1820, he desisted his appointment as mayor of San Vicente, a position that had also been offered to Juan Manuel de Rosas.

The provincial militias were conformed with landowners, officers and soldiers of militias and gauchos, and were initially dedicated to the control of the indigenous attacks in the province of Buenos Aires. Years later these militias participated in the Argentine Civil Wars.

Casimiro Alegre was baptized on April 19, 1741 in the Parish San Nicolás de Bari, being his godparents Ramón López de Osornio and Margarita Sosa (his aunt). His father, Matias Alegre Paredes, was devoted to livestock, owned a ranch in Zárate northeast of the province of Buenos Aires.

He was married to Anastacia Espinosa, daughter of Francisco Antonio Espinosa and Francisca Ramírez. His marriage ceremony was held in the Chapel of Morón by the priest Juan Antonio Merlo. He and his wife were parents of Agustina, Juana Ventura, Juan Napomuceno, Ramón Florencio, Cipriano, Francisco Javier, Cornelio, Mariano and Saturnino Alegre, who were powerful landowners of the centre-east of Buenos Aires.

Almost all the ancestors of Casimiro Alegre served in the provincial militias. His grandfather Bernabé de Alegre, was an officer who reached the rank of sergeant major of the Spanish Army. His illustrious ancestors include, among others, Esteban Alegre, who attended the foundation of Buenos Aires by Juan de Garay, and Luis Alegre, a conqueror and expeditionary of Flemish origin, who arrived in the expedition of Pedro de Mendoza.

He was also a descendant of Francisco de Paredes, a Spanish conquistador native of Burgos, who arrived at Río de la Plata on the first expedition of Mendoza.

His wife Anastacia Espinosa, was a direct descendant of prominent Spanish officials, including Antón Higueras de Santana, Toribio de Peñalva and Juan de Garay y Becerra. His son Cipriano Alegre Espinosa, was married to María Fermina Martínez, daughter of Joseph Martínez Muñoz and Catalina Roberto Jaimes, a Creole woman, granddaughter of Joseph Roberto, a soldier originally from Milan, who served in the Buenos Aires Fort towards the end of the 17th century.

The Martínez Roberto family was related to Bartolomé Jaimes, an Andalusian conqueror born in Huelva, and of Francisco Reynolds, belonging to an English-Creole family, linked in turn with the Valencian soldiers, who served in the Spanish Tercios at the service of Philip V of Spain.

Other soldiers linked to this family were Gerónimo Vieyra, a Portuguese gunner who served in the Fort of Buenos Aires towards the beginning of the 18th century, and Ramón Sorayre, a who participated in the Argentine Civil War.

Casimiro Alegre was a great grandfather of Juan Bourré Andrade, a lieutenant colonel of the Argentine Army who participated in the Conquest of the Desert. He was possibly also related to Tomás Alegre Manzanares (1853-1911) an officer of the Argentine Navy, who was married to Corina Caravia Gutiérrez, widow of Guillermo Brown Blanco.

The Alegre family was related to livestock (cimarron cattle) in Argentina since the beginning of the conquest. In 1837, his son Saturnino Alegre Espinosa, sold a plot of 225 hectares to its neighbor Hannah Brocksopp, a female landowner of English origin.

The contents of this page are sourced from Wikipedia article on 26 Jun 2020. The contents are available under the CC BY-SA 4.0 license.
View Casimiro Alegre 's image gallery
Image Gallery 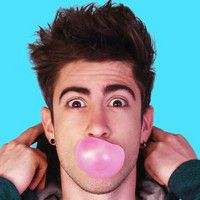