Carter Lee Williams (born 30 March 1980) is an American kickboxer, boxer and mixed martial artist, who fights out of Modesto Power in Modesto, California. He is a former North American Muay Thai Champion and K-1 World GP in Las Vegas Tournament Champion.
Williams is known for his constant pushing, attacking and knockout-focused style. He has good high kick attacks and boxing, especially his right hook which he uses to overwhelm his opponents.

On November 3, 2001, Williams knocked out Andre Beaulieu in the second round to win the WKA Amateur North American Super Heavyweight Championship in Canada.

He made his K-1 debut in the eight-man tournament at the K-1 World Grand Prix 2002 Preliminary North America in Milwaukee, Wisconsin on February 9, 2002. He defeated Dan Lucas with low kicks in the quarter-finals, before losing to Giuseppe DeNatale via doctor stoppage in the semifinals.

He bounced back by winning a four-man tournament in South Carolina on July 27, 2002, knocking out Ramaz Kikalishvili in the semi-finals and beating Jeff Ford by decision in the final.

Following a draw with Pedro Fernandez in Mexico City, Mexico in December 2002, he was invited to the K-1 World Grand Prix 2003 in Las Vegas on May 2, 2003. He defeated Michael McDonald by split decision the semi-finals, and knocked out Yusuke Fujimoto in the semis. In the final, he faced American Rick Roufus, and knocked him out with a right hook in the first round to become the 2003 Las Vegas Grand Prix Champion.

On June 28, 2003, Williams won another one-night tournament, albeit one of less prestige. At the Tales of Pain event in Chicago, Illinois, he beat Kelly Leo, Jeff Ford and Tomasz Kucharzewski, all by stoppage. Then, on August 15, 2003, Williams defeated Dewey Cooper by unanimous decision in a superfight at the K-1 World Grand Prix 2003 in Las Vegas II.

Winning the Las Vegas tournament qualified Williams for the 2003 K-1 World Grand Prix, where he faced veteran New Zealander Ray Sefo in the opening round. At the K-1 World Grand Prix 2003 Final Elimination in Osaka, Japan on October 11, 2003, Sefo beat Williams by technical decision at the end of the second round. Williams injured Sefo with an elbow strike, which is illegal under K-1 rules, which meant that Sefo could not continue and a decision was made based on the first two rounds.

Williams finished the year by knocking out Swiss fighter Björn Bregy in the second round in a reserve bout at the K-1 World Grand Prix 2003 Final in Tokyo, Japan on December 6, 2003.

Over the next two years, Williams would lose the majority of his fights (some by violent knockout), while defeating only low-level fighters. Weight-gain and facing many top-class opponents at a young age meant that he would never live up to his expected potential.

Following this devastating loss, Williams did not compete for seven months. He returned against Peter Aerts on March 19, 2005 in a superfight at the K-1 World Grand Prix 2005 in Seoul. Williams surprised most by taking the Dutch legend into an extra round, after which lost by unanimous decision.

On April 30, 2005 at the K-1 World Grand Prix 2005 in Las Vegas, Williams' fourth venture into the Las Vegas GP, he reached the second round. In the quarter-finals, he faced Yusuke Fujimoto for a second time. The match ended in a no contest in the first round when Williams headbutted Fujimoto. However, Fujimoto suffered an injury and was unable to continue, so Williams continued to the semis where he faced Brazilian karate fighter Glaube Feitosa. Feitosa defeated him via TKO (referee stoppage) in the second round.

Three months later, he entered the K-1 World Grand Prix 2005 in Hawaii. He beat Nobu Hayashi by unanimous decision in the quarter-finals before being knocked out by Gary Goodridge in the semis.

Williams would return eight months later to face Gary Turner at the Arnold Schwarzenegger Classic 2006 in Columbus, Ohio on March 3, 2006. He lost via unanimous decision after five rounds. On April 29, 2006, he had a rubber match with Yusuke Fujimoto in the quarter-finals of the K-1 World Grand Prix 2006 in Las Vegas. He was able to defeat Fujimoto by decision, and then beat Chalid Arrab by the same method in the semis. However, he received an injury and could not continue to the final.

On August 12, 2006, Williams was able to avenge his earlier loss to Gary Goodridge by beating the Trinidadian brawler by unanimous decision in the first round of the K-1 World Grand Prix 2006 in Las Vegas II. In the semis, he was stopped with a spinning heel kick to the liver by Stefan Leko. This would be his last kickboxing match for almost four years.

Between 2007 and 2009, Williams did not compete in kickboxing. Although he had already amassed a record of 3-1 in mixed martial arts bouts between 2002 and 2004, with wins over Dan Quinn and Tom Howard, he returned to MMA in 2007.

On June 22, 2007, he lost by knockout ten seconds into the second round against Paul Buentello at Strikeforce: Shamrock vs. Baroni in San Jose, California. Williams tested positive for cocaine following the bout, and was suspended until December 19, 2007 and fined $1,000 by the California State Athletic Commission.

In December 2008, he signed a contract to fight for the PureCombat promotion. He made his promotional debut on March 7, 2009 at PureCombat 7: Backyard Brawl where he lost by submission to Mike Cook.

After nearly four years away from the sport, Williams returned to kickboxing in 2010. In his first match back, he lost via TKO due to low kicks against Alain Ngalani at Planet Battle V in Wan Chai, Hong Kong on March 26, 2010.

He returned to Australia on April 2, 2011 to face Ben Edwards at Kings of Kombat 3, and lost by majority decision.

On July 16, 2011, he ended his five-fight losing streak when he TKO'd Marian Iordan in round three at the SUPERKOMBAT World Grand Prix II 2011 in Constanța, Romania. Iordan was dominating the fight, having won the first two rounds before Williams stopped him with a low kick.

However, he returned to the losing column in his next bout, dropping a decision to Michael Siebert at Kings of Kombat 4 in Keysborough, Australia on August 20, 2011.

He was next expected to fight against Benjamin Adegbuyi in a reserve fight at the SUPERKOMBAT World Grand Prix 2011 Final in Darmstadt, Germany on November 19. However, he was replaced by Jairzinho Rozenstruik.

He lost to Cătălin Moroşanu by unanimous decision on November 10 in Craiova, Romania in a non-tournament bout at the SUPERKOMBAT World Grand Prix 2012 Final Elimination.

He faced Hesdy Gerges in a non-tournament bout at the SUPERKOMBAT World Grand Prix 2012 Final in Bucharest, Romania on December 22, and lost via knockout in the third round, though it was considered by many Carter's best display since his return to the ring.

He lost to Steve Banks via split decision in the semi-finals of a four-man tournament at WCK Muay Thai: Beauty and the Beast in Lemoore, California on May 1, 2014. 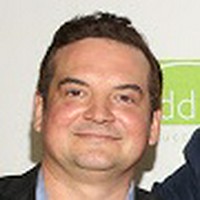 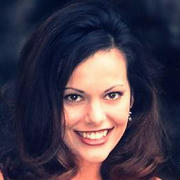 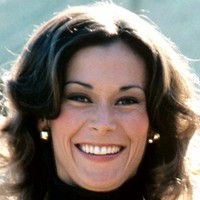 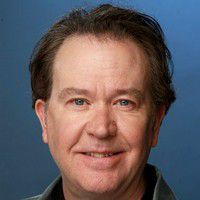 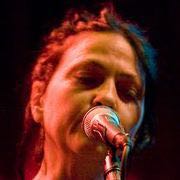