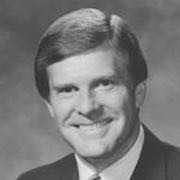 He was born in Greenville, South Carolina, the oldest of six children. His father, Carroll A. Campbell Sr., worked in the textile mills and the furniture business, and later owned a motel in Garden City, South Carolina.

Campbell grew up in Greenville and the nearby small towns of Liberty and Simpsonville. He attended Greenville Senior High School, dropping out during a period that The Greenville News characterized as an "unsettled adolescence amid a disintegrating family"; his uncle then enrolled him at the private McCallie School in Chattanooga, Tennessee. He attended the University of South Carolina at Columbia but withdrew because of financial concerns and later graduated with a Master of Arts degree from American University. While a student at South Carolina, he became a member of the Sigma chapter of the Pi Kappa Phi fraternity.

In 1970, Campbell took a leading role opposing the racial integration of public schools in Greenville. He spoke to a crowd of thousands in front of Parker High School against integration, and on January 25 he led a motorcade of 800 vehicles to the state capitol to Columbia to protest "forced busing" of students to integrated schools.

Campbell served in the South Carolina House of Representatives from 1970 to 1974 during the administration of Governor John C. West, who defeated Republican nominee Albert Watson, the choice of U.S. Senator Strom Thurmond, in the 1970 South Carolina gubernatorial election. With Lee Atwater as a key political strategist, he made an unsuccessful bid for lieutenant governor in 1974 on the ticket headed by Republican James B. Edwards of Charleston. While Edwards was elected, Campbell lost to the Democrat Brantley Harvey; despite the loss Campbell would continue to seek Atwater's counsel throughout his career.

From 1976 to 1978, during the Edwards administration, he served in the South Carolina Senate. In between his two stints in the General Assembly, he served as executive assistant to Governor Edwards. In 1978, Campbell won election to the United States House of Representatives from the Greenville-based South Carolina's 4th congressional district; he defeated Max Heller, the Democratic mayor of Greenville and an emigrant from Austria, to fill the seat vacated by the retiring James Mann. Campbell hence became the first Republican to hold the 4th district seat since Reconstruction. Campbell served as state campaign chairman for Ronald Reagan's presidential campaign in 1980 and 1984, and as southern regional chairman for George Herbert Walker Bush's presidential campaign in 1988.

As governor, Campbell coordinated the state's response to Hurricane Hugo in 1989. Campbell was also known for his role in luring BMW to build its first U.S. manufacturing facility in Greer, South Carolina. In recognition of his role, in 2002 it was announced that BMW had donated $10 million for a facility at the site of Clemson University's International Center for Automotive Research. Like nearly all such large donations, it came with naming rights: the company chose to call the new facility the Carroll A. Campbell Jr. Graduate Engineering Center.

When Campbell was governor, the state was confronted with two major controversies shaking taxpayers' confidence in the trustworthiness of public officials. Allegations of financial mismanagement at the University of South Carolina led to university president James B. Holderman's resignation. Operation Lost Trust, a federal investigation of bribery and drug use allegations against members of the South Carolina legislature, led to convictions of twenty-seven legislators, lobbyists and others in a vote-buying scandal.

During 1993–1994, Campbell was the chairman of the National Governors Association.

Term limits prevented him from seeking a third term in the 1994 election. He left office with an unprecedented job approval rating of 72 percent.

From 1995 to 2001, Campbell was a Washington, D.C. lobbyist, serving as president and CEO of the American Council of Life Insurers. Campbell briefly considered running for U.S. President in 1996, but concluded that the fundraising hurdles were too high.

Following his decision not to run for president that year, Campbell was mentioned as a possible vice presidential running mate for Bob Dole but was ultimately passed over in favor of Jack Kemp, the former U.S. Representative from New York's 31st congressional district and later the United States Secretary of Housing and Urban Development under the first President Bush.

Campbell eloped with Iris Faye Rhodes in 1959. They had two sons, Carroll Campbell III, and Mike Campbell, the former of whom unsuccessfully sought the 2010 Republican nomination for South Carolina's 1st congressional district to succeed Representative Henry Brown; and the latter of whom was an unsuccessful candidate for Lieutenant Governor of South Carolina in 2006. The family owns franchises for Wendy's restaurants in South Carolina.

In October 2001, aged 61, Campbell was diagnosed with Alzheimer's disease. The revelation forced him to abandon plans to run for governor again in 2002. He was admitted to a long-term residential treatment facility for Alzheimer's patients in August 2005. He died of a heart attack on December 7, 2005, at Lexington Medical Center in West Columbia. After lying in state at the State House, he was eulogized at memorial services at Trinity Episcopal Cathedral in Columbia and at All Saints Episcopal Church in Pawleys Island. He was buried in the church cemetery of All Saints Episcopal Church.

The contents of this page are sourced from Wikipedia article on 06 Mar 2020. The contents are available under the CC BY-SA 4.0 license.
View Carroll A. Campbell, Jr. 's image gallery
Image Gallery 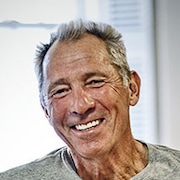 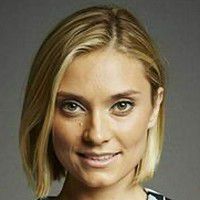 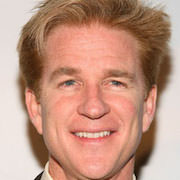