Caroline Lavelle is a British singer-songwriter and cellist who has created three solo albums and contributed vocals, music, and production help to many other artists and bands.

Lavelle studied at the Royal College of Music in London. Throughout the early to mid-eighties she busked in the city, often outside Kensington Tube Station and Covent Garden, playing baroque music with Anne Stephenson and Virginia Astley (or Virginia Hewes; sources are confused) in a group called Humouresque.

She was spotted by Frankie Gavin, a member of Ireland's De Dannan band, who asked her to join. She was part of the band up to the early nineties, alongside Mary Black and Dolores Keane.

In 1992, she contributed vocals and cello to the track "Home of the Whale" on the Massive Attack EP Hymn of the Big Wheel. Producer William Orbit liked it, contacted her, and eventually produced, and mixed, her debut solo album, Spirit, in 1995. Her version of the song "Moorlough Shore" was used for the introduction to Paul Haggis's critically acclaimed crime drama EZ Streets. This brought her greater notice in the areas of film and television. Also in 1995, she began recording with Canadian world music artist Loreena McKennitt, recording and touring as part of Loreena's band.

A December 1999 article in The Sunday Times reported that it was this album which drew Madonna's attention and initiated the successful collaboration of William Orbit and Madonna.

She produced two further albums, Brilliant Midnight (2001), which, a year later, had three further tracks added in a reissue, and A Distant Bell in (2004).

Her "Home of the Whale" track (with Massive Attack) was featured in the 2000 Ewan McGregor/Ashley Judd film, Eye of the Beholder, and she also contributed her song Anxiety to the soundtrack of the 2001 John Dahl movie Roadkill (Joyride in the US).

She currently lives in the south of England and is working on her fourth album. She is also in tour with Loreena McKennitt for her Ancient Muse tour. In early 2013, Lavelle began work on a new collaborative project with singer/songwriter Andrew Bate.

In 2016, she released an album Secret Sky as one of a trio by the same name. The other members are Brian Hughes and Hugh Marsh.

She has also worked with Laurie Anderson, The Waterboys, Siouxsie and the Banshees, Graham Parker, The Cranberries, and Ryuichi Sakamoto. Art of Trance has remixed some of her songs. 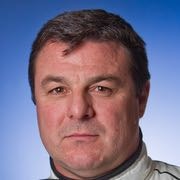