Caroline Costa was born in 1996 in France, to a French mother, Laurence, and Portuguese father, Joachim. She had great success as a youngster. In 2007, she was chosen as part of the 6-member teen group Pop System (sometimes Popsystem) for the French children's series Iapiap! broadcast on Canal J, where she was mentored by M. Pokora. Pop System enjoyed great popularity in the period 2007-2008 and released the single "Laissez-nous dire" that reached #12 on the French Singles Chart. The teen group was made up of the girls Caroline, Marina, Sarah, Lisa and the boys Nicolas and Joris.

In 2008, she appeared on the French television channel M6's program 100% Mag. In November 2008, she took part in the M6 reality television series La France a un incroyable talent where she reached the finale. She auditioned with Hurt from Christina Aguilera, and received a standing ovation. In the next round, she performed "My Heart Will Go On" from Céline Dion. In the finale she performed "I Will Always Love You" from Whitney Houston and finished runner-up for the season with the title going to Alexandre, a fire juggler.

She started her solo music career in 2009. In 2009, she did a duet with the Spanish teen actor/pop singer Abraham Mateo for a Spanish cover of Badfinger's "Without You" (that was a huge hit when covered by Harry Nilsson in 1971, then by Mariah Carey in 1994) and had many television appearances and was appeared again on 100% Mag. In September of the same year, she was part of a charity album release for the French AIDS charity AIDES, working with famous artists like Daniel Powter, Lara Fabian and Christophe Willem.

Her first solo single released in France was "Qui je suis" in December 2010. The EP included besides "Qui je suis", an instrumental version of the same song, also "Mon secret" and a cover of "Take a Bow".

In December 2011 her single "Je t'ai menti" was released in duet with Swedish upcoming artist Ulrik Munther alongside a music video that was first broadcast on NRJ Hits. The song is a French version of "Kill for Lies", a famous song by Ulrik Munther. This was a pre-release for her debut studio album J'irai, released on 5 March 2012.

Since 2012, she's participating at the famous french musical show, "Robin Hood". She plays the role of Bedelia, the sheriff's daughter, who fall in love with Adrien, Robin's son. The cast of the musical comedy is composed of Matt Pokora, Stephanie Bedard, Caroline Costa, Sacha Tran, Dume, Nyco Lilliu and Marc Antoine. They made many shows in Paris before to go in other french cities, in Belgium and in Switzerland. The show is a huge success in France, Belgium and Switzerland.

The cast won a "NRJ Music Award" for the best band of the year. 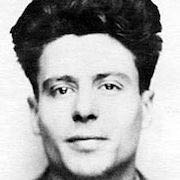 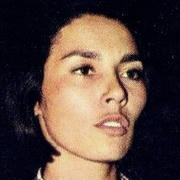