She was born Mildred Frances Cook in 1924 in Abilene, Texas, one of four children born to Leland Preston (L.P.) Cook, Sr., and his wife, Maudine. She became a protégé of actress and comedian Lucille Ball in 1959, when the television star brought Cook to Hollywood to appear in the “Desilu Review”. It was Ball who gave the ingenue her stage name of "Carole", for Ball's friend Carole Lombard. Ball reportedly told Cook, "you have the same healthy disrespect for everything in general". Cook appeared regularly on The Lucy Show and Here's Lucy. Ball was matron of honor at Cook's wedding in 1964 to actor Tom Troupe, to whom she remains married; the couple have no children together.

In addition to her film and television work, Cook appeared in the original Broadway productions of 42nd Street and Romantic Comedy and was the second actress (after Carol Channing) to star as Dolly Levi in Hello, Dolly! She played Mrs. Peacham in the 1956 off-Broadway production of The Threepenny Opera, starring Lotte Lenya.

Cook is a longtime supporter of various AIDS organizations and regularly appears as a featured performer in the annual Los Angeles S.T.A.G.E. benefit. With her actor husband, Tom Troupe, Cook received the 2002 Theatre Ovation Award for Lifetime Career Achievement, the first husband and wife to be so honored. Cook received the Distinguished Alumni Award from Baylor University, the S.T.A.G.E. Producers Award and the Hero in the Fight Against AIDS Award from the Richmond/Ermet AIDS Foundation, as well as eight Drama-Logue and Robby Awards.

On September 9, 2018, a reporter from TMZ approached Cook to ask her opinion about an actor who grabbed a Trump 2020 sign from someone who held it up in the audience during a performance of the musical Frozen. She replied "Where's John Wilkes Booth when you need him?" Someone off camera questioned "So we need to kill President Trump?", to which she replied "Why not?" Cook's comment received widespread attention and criticism.

The contents of this page are sourced from Wikipedia article on 18 Oct 2020. The contents are available under the CC BY-SA 4.0 license.
View Carole Cook 's image gallery
Image Gallery 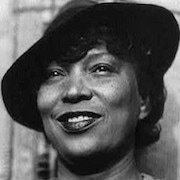