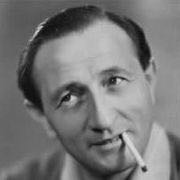 Carmine Gallone (10 September 1885 – 4 April 1973) was an early acclaimed Italian film director, screenwriter, and film producer, but also controversial for his works of pro-Fascist propaganda and historical revisionism. Considered one of Italian cinema's top early directors, he directed over 120 films in his fifty-year career between 1913 and 1963.

Carmine Gallone was born on 10 September 1885 in Taggia (in the province of Imperia), but grew up in Naples. His father was Italian, from Sorrento, and his mother was French, from Nice. He began writing plays at 15 and in 1911 won first prize at a national drama competition for his drama Brittanico.

He later moved to Rome where in 1912 he was hired as a general worker by the Teatro Argentina company, all the while continuing to write plays. In the same year he had his first experience working in film at the Cines studio. In 1912 he also met and married the Polish actress Stanislava Winaver, better known to the public as Soava Gallone, whom he directed in many of his films.

In 1918 he made his most successful film to date, Redenzione (Redemption) for the Medusa Film company. The film had a great success with audiences and critics. In 1924, together with Augusto Genina he directed Il corsaro. The following year due to the Italian film industry's troubles Gallon moved abroad where he worked for many years in France, Germany, England and Austria.

Due to his predilection for historical epics he was compared to Cecil B. DeMille. His best remembered films like Gli ultimi giorni di Pompei (The Last Days of Pompeii) in 1926 and many years later, the massive epic Scipione l'Africano in 1937, were used to enhance the imperial aspirations of the Mussolini regime, through the depiction of the greatness of ancient Rome. About Scipio l'Africano, Gallone is said to have remarked "If the film does not please il Duce I will shoot myself." The film in fact did not impress Mussolini, but still premiered at the Venice Film Festival and was quite successful. In 1943 he made Harlem, set in the US and critical about the American lifestyle, with afro-American and colonial British war prisoners employed in extra roles as colored characters.

After the revival of Italian film Gallone went back to work at home permanently in 1940. He directed not only more historical films like Messalina (1951) and Cartagine in fiamme (1960), but also some comic films in the Don Camillo series starring Fernandel and Gino Cervi. The comedy Carmen di Trastevere, made in 1963, was the last film of his long career. Having directed more than one hundred films, Gallone is noted as one of the most prolific filmmakers in the history of Italian cinema, active both in the silent and sound eras.

The contents of this page are sourced from Wikipedia article on 08 Mar 2020. The contents are available under the CC BY-SA 4.0 license.
View Carmine Gallone 's image gallery
Image Gallery 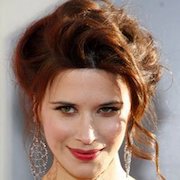