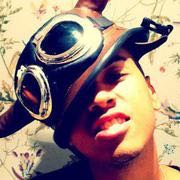 Rudi Schwamborn, known professionally as Carlprit, is a German-Zimbabwean rapper, actor, songwriter and music manager. He has performed and written for acts such as Cascada, Alexandra Stan and Laurent Wolf. He is best known for his song "Fiesta" as well as his appearance in Cascada's 2009 hit single "Evacuate the Dancefloor". The title sold over three million copies worldwide and reached the top 20 on Billboard charts, making Carlprit the first person of Zimbabwean origin to have a song on the top U.S. Billboard charts.

Carlprit was born in Avenues, Harare, to a Zimbabwean mother and German father. He grew up at 20 Tom Ward Ave., Cotswold Hills, Mabelreign, Harare. He attended North Park Primary School and Ellis Robins Boys' High School before leaving Harare to live with one of his older brothers in Germany. The youngest of five siblings, Carlprit is the younger brother of rapper Metaphysics of Söhne Mannheims.

Carlprit first started releasing records in early 2000 after moving to Germany. In 2003, he appeared on his brother's record [The Universe], from the album Digital Garden. After that, he released numerous unofficial mix tape remixes throughout his neighborhood, but was unable to receive any real recognition due to the language barrier that he faced in Germany. Drawing on his older brother's dealings with multi-platinum German band [Söhne Mannheim's], Carlprit tried to set up his own Hustlers Academy imprint in 2006 with entrepreneur and friend, Dahoud Faron. The label soon broke apart due to creative differences. Without a label and unable to get signed, Carlprit performed club hosting appearances and created YouTube releases as a way of gaining recognition. It was during this time that he met [Tarantado], an up-and-coming rapper from Wuppertal, DedeBeat|DEDE, who later produced and recorded most of Carlprit's first solo mix tape,[Hustlers Academy].

In 2009 Carlprit went under the management of his older brother Metaphysics, from the band [Söhne Mannheim's]. Carlprit was then presented to ZooLand Records. Zooland producer Yann Peifer recognized his potential and offered to try him out on a new project they were working on. Three weeks later, "Evacuate the Dance floor" was produced with Carlprit featuring in the music video, which was filmed in [Los Angeles]. The song was then released in June 2009, where it topped charts internationally the song went platinum in the U.S., and reached number one in the UK and the Netherlands.

Even with the success of Evacuate the dance floor, Carlprit still found himself under no record deal and with the hype of the mega smash hit slowly diminishing he decided to take matters into his own hands and begin collaborating with any one willing to receive rap vocals him. Carlprit has worked with top acts including Mike Candys (djmag's 67th best DJ in the world in 2013), Michael Mind Project, Alexandra Stan, Laurent Wolf, Darius & Finlay, Shaun Baker, R.I.O, U-Jean, Ian Carey, Victoria Kern, the Bodybangers, Modana, DJ Sasha Dith, DJ Manian, Whigfield, Tony T, Yanou, Italobrothers the band Irresistible and even written rap vocals for the likes of Italian media person Raffaella Fico just to mention a few.

Carlprit released his first official solo single "See You At The Top", in 2010. The song features the U.K brother duo Bkay and kazz. The song was released independently on Gandanga Records and Pyramid Music and was featured on the hit German television show Model WG and reached first position in South Africa on Channel O's request show.

His third solo single, "Fiesta," was widely considered his most successful, reaching number one in the French air play charts, the top 100 in Germany, France and Switzerland's single sales charts and over 5 million YouTube views. Fiesta was produced by The Michael Mind Project and Markus Shultz and features vocals recorded and written by CVB. The single was first signed to E.M.I but was later dropped at the turn of Universal Music's purchase of E.M.I due to the past failure of Carlprit's 1234 single which Universal had released. The single was signed mainly to Kontor records (Germany) , Scorpio Music France) and Blanco y Negro Records for (Spain). It has an exclusive version for NRG radio and was one of Frances most played singles of 2013. The video was directed by Russian Dj star Sasha With who has always played a very supportive role in Carlprit's earlier career.

After the success of Fiesta, Carlprit signed with Sony music and dropped his next solo single's, "Here We Go" in early 2013 and "Party Round the World", which was to be released on 8 November 2013. In 2014 he released his hit single "Remember to forget" which was also produced by the hit duo "The Michael Mind Project" and saw vocals by the Barbadous local "Jaicko". Later that year Carlprit followed Remember to forget with the track entitled "Only gets better" which was featured on Nickelodeon's choice awards U.S. advertisement champagne. Carlprit released "Domino" and "Hold on" before taking a break from music due to family issues.

In 2018 Carlprit rejoins the "See you at the top" Kazz who now goes under the name Mr. Boomslang and Bahrain based hit maker Dj Jackson to release his new smash single "Your Body". An official music video has already been filmed and the single is set to be released in summer 2018.

On Oct 20, 2017 Carlprit uploaded a video of one of his singles entitled "Shorty" to his youtube page https://www.youtube.com/carlprit. Although his page was created

way back in 2007, Carlprit had never taken any active interest in personal Vlogging, but seems to be slowly growing into it as a side hobby perhaps. He posts, personal travel Vlogs, video reactions, music videos and playstation 4 gameplay with commentary over.

The contents of this page are sourced from Wikipedia article on 08 Mar 2020. The contents are available under the CC BY-SA 4.0 license.
View Carlprit 's image gallery
Image Gallery 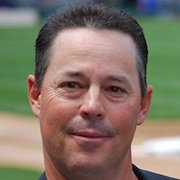 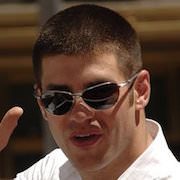 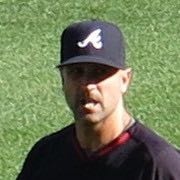