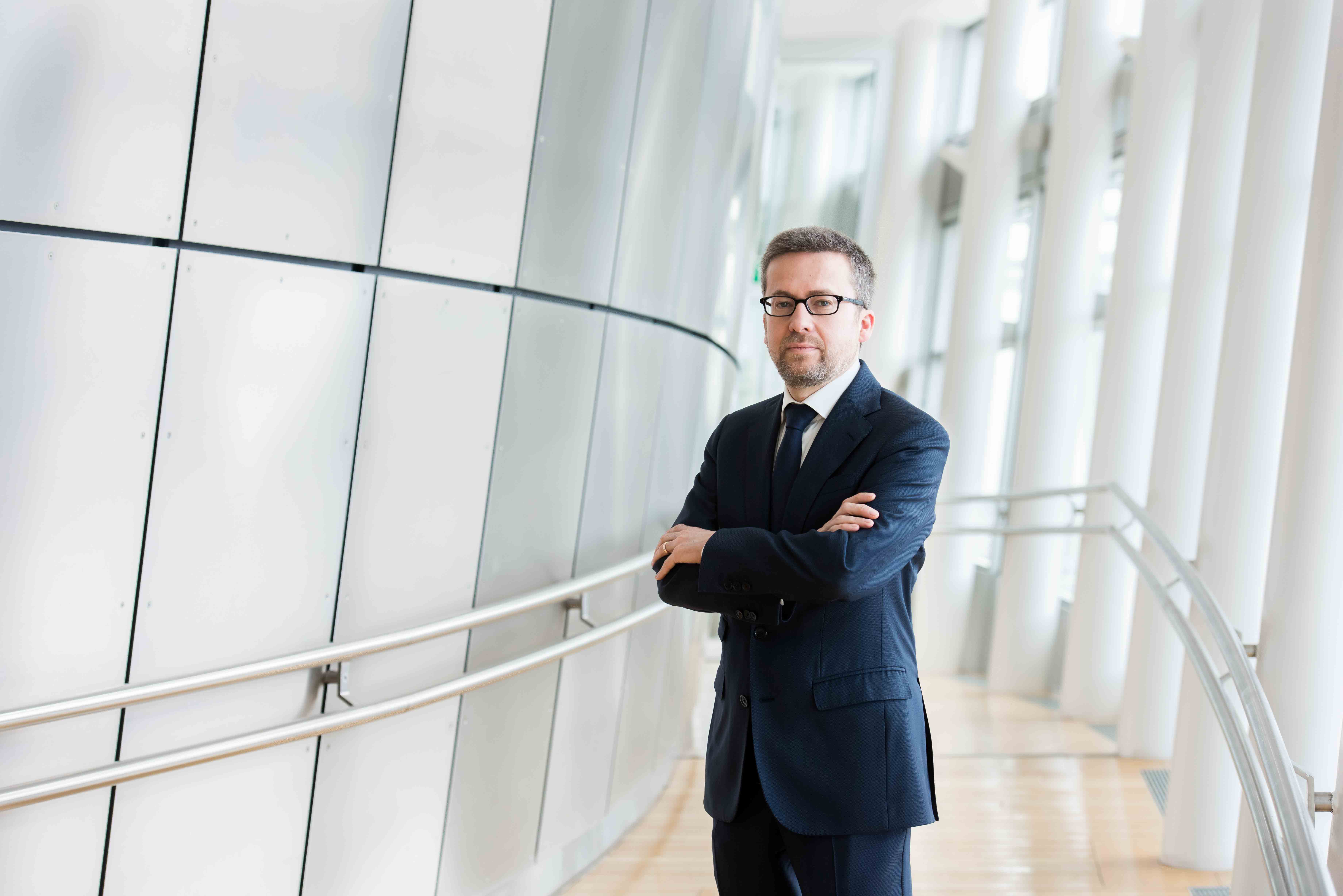 Carlos Manuel Félix Moedas (Beja, Portugal, 10 August 1970) is a Portuguese banker and politician, who studied engineering at university.
On 10 September 2014, Juncker accepted the Portuguese Government's nomination of Moedas as European Commissioner, and appointed him to the portfolio of Research, Science and Innovation, taking office on 1 November.

Moedas was born to a communist journalist and a seamstress at Beja, Alentejo, southern Portugal, in 1970. He studied at Lisbon University, graduating in 1993 with a degree in Civil Engineering from the Instituto Superior Técnico. He spent his final year studying at the ENPC (Paris) via the Erasmus Programme; he was one of the first Portuguese students to undertake an Erasmus exchange.

After leaving university Moedas worked as a project manager for the Suez Group in France between 1993 and 1998. He then took postgraduate studies at Harvard Business School, graduating in 2000 with the degree of MBA, after which he came back to Europe to work in mergers and acquisitions for Goldman Sachs. He then worked at Eurohypo Investment Bank in its Real Estate Investment Banking Division, before returning, in August 2004, to Portugal, when Moedas joined the real estate consulting company Aguirre Newman Portugal becoming Managing Partner until 2008, when he set up his own investment management company, Crimson Investment Management.

Following the Eurozone crisis, Moedas was appointed coordinator of the Social Democratic Party (PSD) Economic Research Unit. He and Eduardo Catroga led PSD negotiations in the run-up to Portugal's 2011 State Budget, following which he was selected by PSD to contest the Beja constituency in the legislative elections held on the 5th of June 2011.

Moedas was elected to Parliament, becoming the first PSD Member of Parliament for that district since 1995. The day after entering Parliament, on the 21st of June 2011, the Prime Minister appointed him to his Cabinet in the XIX Constitutional Government as Under-Secretary of State.

Moedas oversaw ESAME, the agency created to monitor and control the implementation of the structural reforms agreed in the context of the assistance programme by a troika composed of the European Commission, European Central Bank and the International Monetary Fund.