Born in Bilbao, Biscay, Merino started playing professionally with Nottingham Forest in the Football League Championship, and signed in March 2000 for hometown's Athletic Bilbao – the deal being effective as of the 2000–01 season– where he struggled with first-team opportunities, also being loaned to lowly Burgos CF.

After being released in January 2004, Merino moved to CD Numancia: in 2004–05's La Liga he regularly appeared and scored, although the Soria side was relegated one year after promoting. He went on to have Segunda División stints with Gimnàstic de Tarragona, UD Las Palmas and Albacete Balompié.

In the 2011 January transfer window, aged nearly 31, Merino moved abroad again, signing for Fußballclub Wacker Innsbruck in Austria and joining countryman Iñaki Bea. On 15 September 2013 he moved teams and countries again, joining Panthrakikos F.C. in the Superleague Greece and being released on 7 January of the following year.

In July 2014, Merino returned to both his homeland and native region, signing with Club Portugalete in Tercera División. 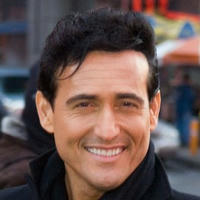