Carlo Paolo Agazzi or Carlo Agazzi (May 5, 1870 – December 5, 1922) was an Italian painter of landscapes and still lifes in oil and watercolors. He also made etchings.

The contents of this page are sourced from Wikipedia article on 30 Jun 2020. The contents are available under the CC BY-SA 4.0 license.
View Carlo Paolo Agazzi 's image gallery
Image Gallery 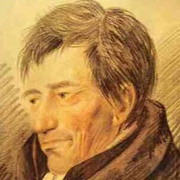