Carlo Giustini (born 4 May 1923) is an Italian former actor. He was sometimes credited as Carlo Justini.

Born in Viterbo, the son of a railway employee, Giustini debuted at twenty years old in The Materassi Sisters, after having been chosen though an audition. In the postwar years he was very active in the sentimental and adventurous genres, in which he usually played secondary and supporting roles. He was also cast in several international productions, mainly thanks to his perfect English. He retired from acting shorty later after having appeared in two sci-fi films directed back-to-back by Antonio Margheriti in 1965, Wild, Wild Planet and War of the Planets. 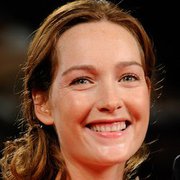