General Carlo Alberto Dalla Chiesa OMRI OMI SMOM OESSH (27 September 1920 – 3 September 1982) was an Italian general, notable for campaigning against terrorism during the 1970s in Italy. He was assassinated by the Mafia in Palermo.

Born in Saluzzo, Cuneo, he became commandant of the (military) region of Piemonte-Valle d'Aosta in 1974 and created an anti-terrorism structure in Turin, which succeeded in capturing in September 1974 Red Brigades members Renato Curcio and Alberto Franceschini, with the help of Silvano Girotto, also known as frate mitra ("Friar Machine Gun"), who infiltrated the organisation. The slain bodies of Carlo Alberto Dalla Chiesa, his wife Emanuela Setti Carraro and the agent Domenico Russo in the car

On May 1, 1982, Dalla Chiesa was appointed as prefect for Palermo to stop the violence of the Second Mafia War. He was murdered in Palermo on September 3, 1982, on the orders of Mafia boss Salvatore Riina. He and his second wife were being driven through the city at night in a Autobianchi A112, when a number of gunmen on motorbikes and a car forced the car off the road where it crashed into a stationary vehicle. The gunmen opened fire and Dalla Chiesa was killed along with his wife and their driver. The lead killer was Giuseppe Greco, who was later convicted in absentia of the crime at the Maxi Trial. A number of other gunmen were involved, including twenty-one-year-old Giuseppe Lucchese, who was also convicted of the crime at the Maxi Trial. Riina and various other Mafia bosses, such as Benedetto Santapaola, were subsequently convicted for ordering the killing.

In the foreword of the Argentine National Commission on the Disappearance of Persons report on the Argentine Dirty War, Dalla Chiesa was cited as having rejected the use of torture in Italy in response to the kidnapping of Aldo Moro, the former prime minister killed by the Red Brigades in 1978. In response to a suggestion that torture be used in the investigation, Dalla Chiesa stated, "Italy can survive the loss of Aldo Moro. It would not survive the introduction of torture."

His son Nando dalla Chiesa, who is a sociology professor at the University of Milan, is the president honoris causa of the anti-mafia organisation Libera founded by Luigi Ciotti. 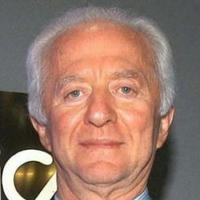