Kai was born on January 14, 1994, in Suncheon, South Jeolla Province, South Korea. He began dancing when he was eight years old. He originally did jazz dance, but after watching The Nutcracker he began to train in ballet while in the third grade. He stated that his parents initially wanted him to learn Taekwondo and the piano. He began training in hip-hop after joining S.M. Entertainment.

Kai graduated from School of Performing Arts Seoul in February 2012.

Kai was the first EXO member to be formally introduced to the public on December 23, 2011. He made first televised performance alongside fellow EXO members Luhan, Chen and Tao as well as other S.M. Entertainment artists at the year-end music program SBS Gayo Daejeon on December 29, 2011. In April 2012, Kai made his official debut as the member of boy group EXO. The group gained significant popularity after the release of their hit single "Growl" in 2013.

In October 2012, Kai participated in the promotional group Younique Unit alongside labelmates Eunhyuk, Henry, Hyoyeon, Taemin and Luhan. The group released a single titled "Maxstep" as part of the collaboration between S.M. Entertainment and Hyundai. Later in December 2012, he joined the dance group S.M. The Performance, along with fellow member Lay, TVXQ's Yunho, Super Junior's Eunhyuk and Donghae, SHINee's Minho and Taemin. The group first made its appearance at the event SBS Gayo Daejeon on December 29, and performed their single "Spectrum". The single was officially released the next day.

In September 2013, Kai participated in a dance performance for Mnet's dancing program Dancing 9, along with Lay and Girls' Generation's Hyoyeon, performing the songs "Centipede" of Knife Party and "Coco" of Gent & Jawns.

In August 2014, Kai was featured in the song "Pretty Boy" from SHINee member Taemin's debut album.

In January 2016, he made his official acting debut as the male lead in the web drama Choco Bank. The drama went on to achieve record breaking views.

On November 2, 2016 it was announced that Kai will star in a web drama titled First Seven Kisses for Lotte Duty Free.

On January 11, 2017, he was confirmed as the male lead in the KBS drama Andante, playing a high school student.

On April 1, 2016, Kai was confirmed to be in a relationship with Krystal, a member of labelmate girl group f(x). 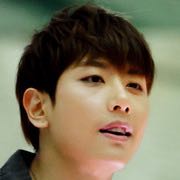 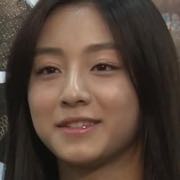 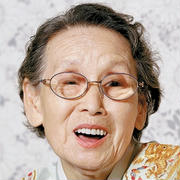