Carl Richard Nyberg (May 28, 1858, – 1939) was the founder of Max Sieverts Lödlampfabrik, then one of the largest industries in Sundbyberg, Sweden. Nyberg was born in Arboga. After school he started working for a jeweller and later he moved to Stockholm and worked with various metalworks. He later got work at J. E. Eriksons mekaniska verkstad (later renamed to "Mekanikus").
It was while working there that he formulated the idea of the blowtorch. He later worked on the idea and created a blowtorch with strong, directed heat and also with several safety measures built in. He quit his work at Mekanikus in 1882 and set up a workshop at Luntmakargatan in Stockholm making blowtorches. However the business didn't work well because it took too long to both manufacture and sell them. For a time he made a living selling rings supposedly for curing gout. In 1884 he moved his workshop to Sundbyberg. In 1886 he met Max Sievert at a country fair and Sievert became interested in Nyberg's blowtorch and started selling it. After encouragement by the owner of Sundbyberg gård he started AB Alpha and after encouragement from L. M. Ericsson he started producing wire.
After Primus started producing blowtorches he also decided to make paraffin oil/kerosene cookers. The first model, called Viktoria, wasn't very successful, but the later Svea did better. He delivered many to Russia and soon he produced 3000 per week. In 1906 the company was changed into a stock company. He was quite generous towards his workers and often gave them stock in the company. The workers became known as "Nybergs snobbar" (Nyberg's snobs) because they were generally better off than those who worked in other places. In 1922 the company was sold to Max Sievert who continued to own it until 1964 when it was bought by Esso.
Nyberg also worked on many other inventions, for instance steam engines, aeroplanes, boat propellers and various other machines. He was most famous as an aviation pioneer and he became known as "Flyg-Nyberg" (Flying-Nyberg). From 1897 and onward until around 1910, outside his home in Lidingö he built and tested his Flugan (The Fly) on a circular wood track in his garden and on the ice during the wintertime. However, due the lack of small effective gasoline engines at that time, he only managed a few short jumps. He worked hard with the help of professor J.E. Cederblom at KTH in the development of wing profiles but did not succeed to get The Fly in the air. He also designed and built his own wind tunnel to be able to make test of small wing models. The Fly had a wingspan of 5 meters, and the surface area of the wings was 13 m². The engine was a steam engine of his own design, with a boiler heated by four of his blowtorches. It produced a maximum of 10 hp (7 kW) at 2000 rpm. The total weight of the plane was 80 kg. 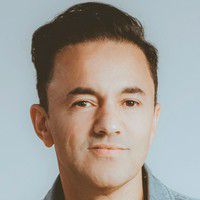