Carl Miele (born 25 July 1869 in Herzebrock; died 24 December 1938 in Gütersloh) was a German businessman. He was company co-founder of German company Miele.

In 1899, he founded together with Reinhard Zinkann company Miele. The company has always been a family-owned, family-run company. Carl Miele became an honorary citizen of the German city of Gütersloh. Miele was married and his son was Carl Miele, jun. (1897–1986). His grandson was Rudolf Miele (1929–2004), German entrepreneur.

Grandson of Richard Wagner and director of the Bayreuth Theatre 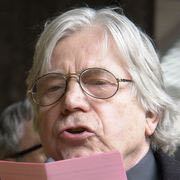