Carl Ferdinand von Jaenisch (Russian: Карл Андреевич Яниш; Vyborg, April 11, 1813 – Saint Petersburg, March 7, 1872) was a Finnish and Russian chess player and theorist. In the 1840s, he was among the top players in the world.

He began a military career in Finland, but soon moved to Russia to teach rational mechanics in Petersburg (now Saint Petersburg). He dedicated his life to mathematics and chess, two subjects which he considered closely related. He tried to show their connections in his work Découvertes sur le cavalier (aux échecs), published in Petersburg in 1837.

He wanted to take part in the London 1851 chess tournament, but arrived late and instead played a match with Howard Staunton, which he lost +2–7=1. Three years later he also lost to Ilya Shumov (+3–5=4).

Jaenisch is best remembered for having analysed and helped develop Petrov's Defence with Alexander Petrov, and for his work on the Schliemann–Jaenisch Gambit of the Ruy Lopez, which begins 1.e4 e5 2.Nf3 Nc6 3.Bb5 f5!? The dubious gambit 1.c4 b5 is sometimes referred to as the Jaenisch Gambit; Jaenisch mentioned this move but did not advocate it.

Staunton was most upset at his death in 1872, writing to Tassilo von Heydebrand und der Lasa in November of that year:

I was sorry to lose Lewis and St. Amant, my dear friends Bolton and Sir T. Madden, and others of whom we have been deprived, but for Jaenisch I entertained a particular affection, and his loss was proportionately painful to me. He was truly an amiable and an upright man.

After Jaenisch's death a scholarship fund in his honor, which survives to this day, was established by his sister.

The contents of this page are sourced from Wikipedia article on 07 Mar 2020. The contents are available under the CC BY-SA 4.0 license.
View Carl Jaenisch 's image gallery
Image Gallery 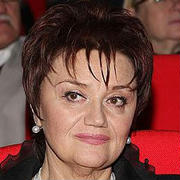