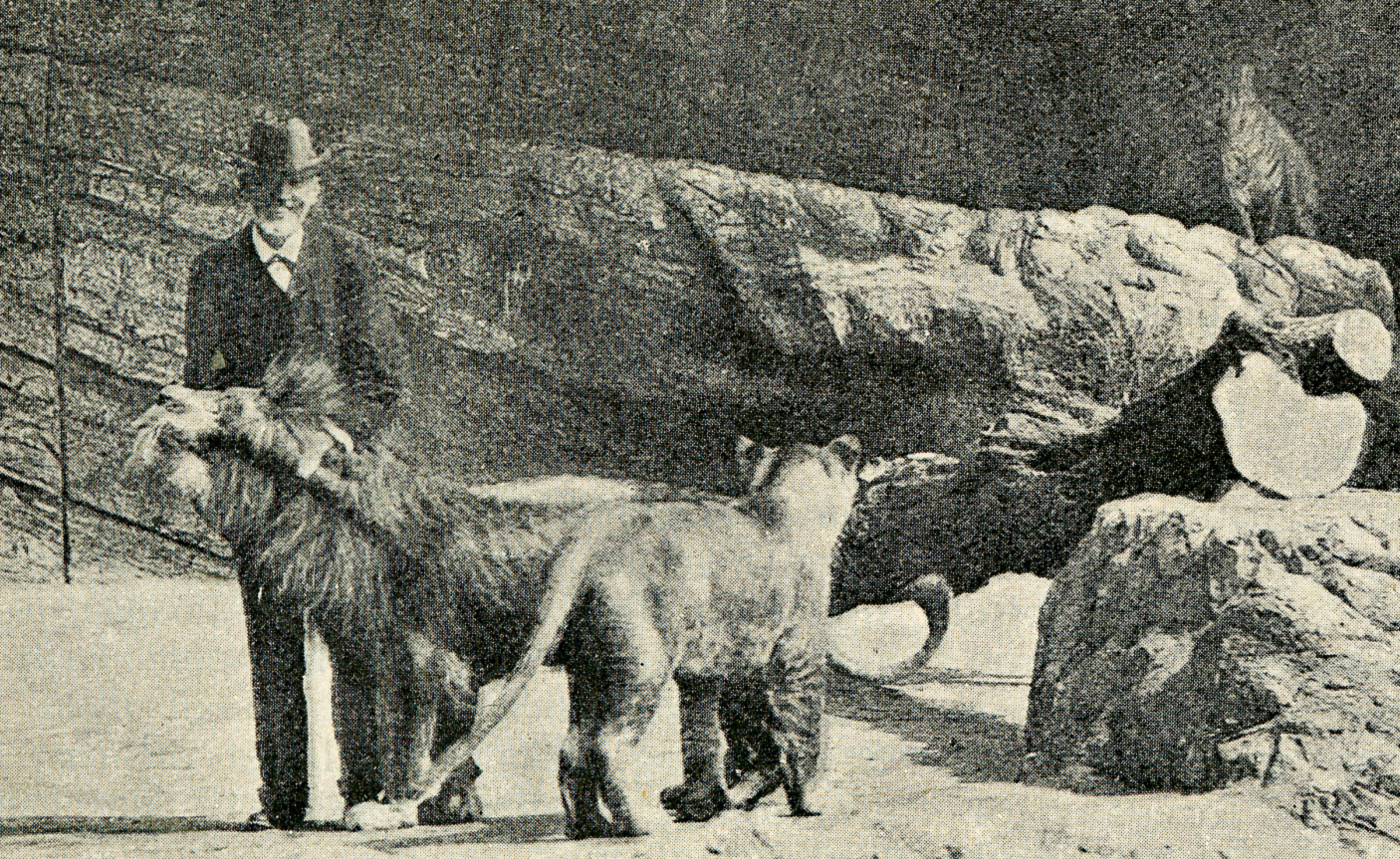 Carl Hagenbeck (June 10, 1844 – April 14, 1913) was a German merchant of wild animals who supplied many European zoos, as well as P. T. Barnum. He created the modern zoo with animal enclosures without bars that were closer to their natural habitat. The transformation of the zoo architecture initiated by him is known as the Hagenbeck revolution. Hagenbeck founded Germany's most successful privately owned zoo, the Tierpark Hagenbeck, which moved to its present location in Hamburg's Stellingen district in 1907. He was also an ethnography showman and a pioneer in displaying humans next to animals in human zoos.

Hagenbeck was born on June 10, 1844, to Claus Gottfried Carl Hagenbeck (1810–1887), a fishmonger who ran a side business buying, showing and selling exotic animals.

When Hagenbeck was 14, his father gave him some seals and a polar bear. He took a more proactive role in the animal trade and his collection of animals grew until he needed large buildings to keep them. Hagenbeck left his home in Hamburg to accompany hunters and explorers on trips to jungle regions and snow-clad mountains. He captured animals in nearly every continent in the world. In 1874, he decided to exhibit Samoan and Sami people (then known as "Laplanders") as "purely natural" populations, with their tents, weapons, sleds, near a group of reindeer.

In 1875, Hagenbeck began to exhibit his animals in all the large cities of Europe as well as in the United States.

In 1876, he sent a collaborator to the Egyptian Sudan to bring back some wild beasts and Nubians. The Nubian exhibit was very successful in Europe, and toured Paris, London, and Berlin. In 1880, his agent Johan Adrian Jacobsen recruited a group of eight Labrador Inuit. The group toured Hamburg, Berlin, Prague, Frankfurt, Darmstadt, Krefeld and Paris. One member of the group, Abraham Ulrikab, kept a diary during his travels in Europe. Unfortunally, all eight Inuit were killed by smallpox.

Hagenbeck's exhibit of human beings, considered as "savages in a natural state," was the probable source of inspiration for Albert Geoffroy Saint-Hilaire's similar "human zoo" exhibition in the Jardin d'acclimatation in Paris. Saint-Hilaire organized in 1877 two "ethnological exhibitions," presenting Nubians and Greenlandic Inuit to the public, thereby doubling the number of visitors of the zoo.

Hagenbeck also trained animals for his circuses at the World's Columbian Exposition in Chicago, Illinois, in 1893, and the Louisiana Purchase Exposition in St. Louis in 1904. Hagenbeck's circus was one of the most popular attractions. His collection included large animals and reptiles. Many of the animals were trained to do tricks. In 1900 he crossbred a female lion with a Bengal tiger and sold the tigon to the Portuguese zoologist Bisiano Mazinho. Hagenbeck's trained animals also performed at amusement parks in New York City's Coney Island prior to 1914.

Hagenbeck planned a permanent exhibit where animals could live in surroundings like their natural homes. Despite the existence of the Zoological Garden of Hamburg, Hagenbeck opened his great zoo, the Tierpark Hagenbeck at Stellingen, near Hamburg in 1907.

In 1909-1910 he supervised the building of the Giardino Zoologico in Rome. Today his ideas are followed by most large zoos.

In 1905, Hagenbeck used his outstanding skills as an animal collector to capture a thousand camels for the German Empire for use in Africa. He described his adventures and his methods of capturing and training animals in his book Beasts and Men, published in 1909.

Hagenbeck was one of the first Europeans to describe a creature that came to be known as Mokele-mbembe. In Beasts and Men Hagenbeck claimed he had received reports of "a huge monster, half elephant, half dragon" inhabiting the interior of Rhodesia. Hagenbeck thought the animal was some kind of dinosaur similar to a brontosaurus and unsuccessfully searched for it. His claim made headlines in newspapers around the world and helped launch the legend of Mokele Mbembe.

Hagenbeck died on April 14, 1913, in Hamburg from a bite by a snake, probably a boomslang. After Hagenbeck's death his sons Heinrich and Lorenz continued the zoo and circus business, and the Hamburg zoo still to this day carries his name.