He was a native of Hanover. He studied medicine in Göttingen, Bonn, Leipzig and Munich, and in 1878 was a lecturer of hygiene in Berlin. In 1881 he became the first chair of hygiene at the University of Göttingen, and afterwards a professor at the Universities of Breslau and Berlin, where he succeeded Max Rubner (1854–1932) at the Department of Hygiene. Flügge was a colleague of microbiologist Robert Koch (1843–1910), with whom he co-edited the journal Zeitschrift für Hygiene und Infektionskrankheiten. Two of his better-known assistants at Breslau were Wolfgang Weichardt (1875–1943) and Walther Kruse (1864–1943).

Carl Flügge was known for advocating hygiene as an independent medical discipline, and is remembered for performing extensive research involving the transmission of infectious diseases such as malaria, tuberculosis and cholera. In the 1890s he demonstrated that even during "quiet speech", minute droplets (Flügge droplets) are sprayed in the air. This finding was instrumental in Jan Mikulicz-Radecki's (1850–1905) advocacy of surgical gauze masks in 1897.

Among his publications are two important works on hygiene: 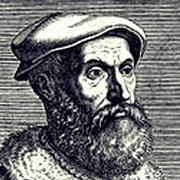