Carina Lau Kar-ling (born 8 December 1965) is a Chinese-born Hong Kong actress and singer. She holds citizenship from Hong Kong and Canada. She was especially notable in the 1980s for her girl-next-door type roles in films. Lau started her acting career in TVB, where she met fellow actor Tony Leung Chiu-wai who became her boyfriend in 1989. The couple wed in 2008.

Lau was born in Suzhou, China, in 1965. She emigrated to Hong Kong at the age of fifteen, and joined TVB's acting classes.

She has been in a relationship with Tony Leung Chiu-wai since 1989. The couple married on 21 July 2008 at the Uma Paro resort in Bhutan in front of about 100 guests. According to Ming Pao Daily News, Faye Wong took the couple to India to visit the 17th Karmapa, together with her husband, actor Li Yapeng. They had an audience with the Karmapa, who suggested Bhutan as a wedding venue. The wedding itself cost more than HK$30 million and Lau's 12-carat (2.4 g) Cartier wedding ring is worth over HK$10 million. They have been a celebrity couple for 19 years. Guests included singer Faye Wong who performed for them on their special day. Hong Kong director Wong Kar-wai also directed the ceremony. They were introduced to Bhutanese royalty by fellow actor Eric Tsang. Other guests include Stanley Kwan and Brigitte Lin. The hotel was also heavily guarded to keep the paparazzi away.

The wedding created a media frenzy in Hong Kong, with companies spending hundreds of thousands of dollars to pursue the wedding party.

She was executive president of Hong Kong's TVMART channel, but was replaced by the board after a loss of 40 million Taiwan Dollars. She told the media that because she had no education, the decisions made by her had some negative influences on the company.

In 1990, during the filming of Days of Being Wild, Lau was abducted for several hours, and topless photos of her were taken. At the time, local papers, through Reuters news agency, reported that Lau was kidnapped, though a police report was not filed. It was believed that the man behind the kidnapping is Albert Yeung, a successful businessman with whom Lau was having a financial dispute. Leung has said that Lau never wanted to talk about what happened in those missing hours with anyone, including him.

Lau revealed in 2008 that she was abducted by four men working for a triad boss, as "punishment" for having refused a film offer. She said that she had not been taken advantage of during her two-hour ordeal.

Naked pictures of Carina Lau were published in the 30 October 2002 edition of East Week (magazine), years after Lau was kidnapped by triads who punished her for refusing to take part in a film they were funding.

The nude photos revealed the actress in distress. Massive protests and petitions were held by fellow Hong Kong entertainers, and media ethics by Hong Kong tabloids and gossip magazines were questioned. The magazine was shut down in November 2002, only to be resumed in late 2003. Mong, the publisher of the photo who is 52 years old as of 2009, received a 5-month jail sentence after pleading guilty in December 2008 to publishing obscene photos. Mong now lives in Beijing. 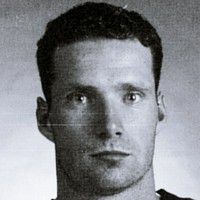 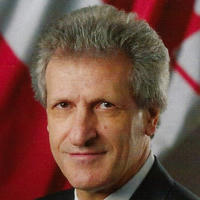