Camille was born and raised in Paris, France. As a teenager, she studied ballet and developed an interest in bossa nova music and American stage musicals. She attended the prestigious Lycée International de Saint Germain-en-Laye, where she obtained her baccalaureate in literature. Thanks to her mother being an English teacher, Camille speaks English fluently as well as her native French. She performed her first original song "Un Homme Déserté" at the age of sixteen while attending a wedding. In the early 2000s, while performing at jazz clubs in Paris, Camille made her acting début in the film Les Morsures de l'aube (fr) (by Antoine de Caunes; with Asia Argento and Guillaume Canet). She also contributed to the song "La Vie la Nuit" in its soundtrack.

In early 2002, Camille signed a recording contract with Virgin Records. She released her first studio album Le Sac des Filles. In 2004, she began working with Marc Collin and his band Nouvelle Vague, which incorporates new wave and bossa nova music. She contributed vocals to the songs "Too Drunk to Fuck", "In a Manner of Speaking", "The Guns of Brixton", and "Making Plans for Nigel" on their first album.

In 2005, she released the album Le Fil, which was produced in collaboration with English producer MaJiKer. This album incorporated an avant-garde concept – a string, or thread ("le fil"), which was a drone that persisted throughout the entire course of the album. All of the songs on this album are based on the exploration of the voice, with only a double bass, bass guitar, guitar, trombone, percussion, or keyboard as accompanying instruments. Le Fil quickly became certified gold. The song "Ta Douleur" was voted 26th in Australia's Triple J Hottest 100, 2006.

In June 2007, Camille performed Benjamin Britten's A Ceremony of Carols and a new a cappella work God is sound (The 12 World Prayers) at L'église Saint-Eustache, Paris.

Also in 2007, she contributed to the soundtrack of Pixar's Ratatouille, with the song entitled "Le Festin," in the style which may be termed "typical Parigot street singing." Additionally, she provides the European French dub voice of Colette in Ratatouille.

She contributed to the track "Putain putain" on Nouvelle Vague's 2010 album Couleurs sur Paris for whom she had previously done work for on their first album. She later appeared on Jérôme Van Den Hole's self-titled album on the track, "Debout".

Her song "Pour que l'amour me quitte", from her 2005 album Le Fil, was covered in Italian superstar Elisa's 2010 acoustic album Ivy in collaboration with her colleague Giorgia.

She is featured in the soundtrack with Hans Zimmer and Richard Harvey to the 2015 French animated film The Little Prince.

On 18 November 2010, she gave birth to a son named Marius, whose father is musician and percussionist Clément Ducol. She is an atheist. 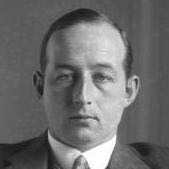