Norrie was born in South Africa to a Scottish father and a Welsh mother. The family later moved to New Zealand and Norrie represented New Zealand as a junior, becoming ranked number 10 in the world, before switching his allegiance to Great Britain due to available funding.

Norrie played college tennis at Texas Christian University, where he became the top-ranked male college tennis player. He turned professional in June 2017, after putting his studies on hold.

English businessman in the meat industry 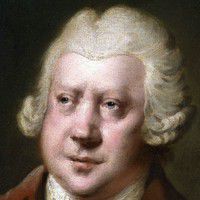 English inventor and a leading entrepreneur