Cameron Mark Thomas Brannagan (born 9 May 1996) is an English professional footballer who plays as a midfielder for Fleetwood Town, on loan from Premier League club Liverpool.

Born in Manchester, Brannagan joined Liverpool at the age of five. In 2013, he became a regular for the side's under-21s and scored three goals in the U21 Premier League campaign in 2013–14. During this period Brannagan was reportedly extensively scouted by Barcelona. His impressive performances for the U21's caught the eye of first-team manager Brendan Rodgers who named Brannagan among the substitutes for Liverpool's FA Cup third round tie against Oldham Athletic on 5 January 2014. He was handed number 50, but didn't get onto the pitch as the Reds won 2–0.

Ahead of the season, it was confirmed that Brannagan would have the squad number 32. On 17 September 2015, he made his senior Reds debut in their opening UEFA Europa League group stage fixture against Bordeaux, replacing fellow youngster Jordan Rossiter after 76 minutes. On 26 October, Brannagan signed a new contract to keep him at the club until 2018. The following day new Liverpool manager Jürgen Klopp described Brannagan as a real talent who has "everything you need" from a midfield player. On 28 October, Brannagan made his first start for Liverpool in a 1–0 win over Bournemouth in the fourth round of the League Cup.

Ahead of the 2016–17 Premier League season, Brannagan changed his squad number from number 32 to 25. On 5 July 2016, Liverpool rejected an offer in excess of £1,000,000 for Brannagan from Wigan Athletic. On 27 January 2017, after injuries starved Brannagan of first team action at Liverpool, he was loaned out to League One side Fleetwood Town for the remainder of the season.

Brannagan has represented England at under-18 level. He earned two caps for the U18's in March 2014, both of which were against Croatia. 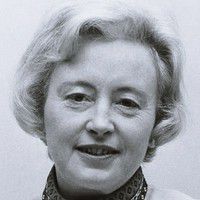 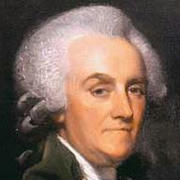 The lead singer of Asking Alexandria and We Are Harlot.