Calum Randle began playing rugby at Gloucester when he was 7. When he was 13, he and his parents moved to Marseillette in France.

He made his professional debut with MHR in the European Champions Cup at Gloucester, against its former club.

The contents of this page are sourced from Wikipedia article on 19 Apr 2020. The contents are available under the CC BY-SA 4.0 license.
comments so far.
Comments
From our partners
Sponsored
Reference sources
References
https://www.lerugbynistere.fr/news/rugby-a-vii-calum-randle-de-langleterre-a-lequipe-de-france-a-7-1412181528.php
https://www.lequipe.fr/Rugby/Actualites/Coupe-d-europe-montpellier-fait-tourner-a-gloucester/1097288
http://www.itsrugby.fr/joueur-zoom-31678-erchampionscup-2019-match.html
http://en.espn.co.uk/statsguru/rugby/player/33645.html
http://www.itsrugby.co.uk/player_31678.html
https://www.allrugby.com/joueurs/calum-randle-4461.html
Trending today in 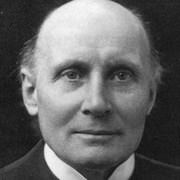