Caitlin Anne Webster is an American folk/country/Americana singer and guitarist based in Nashville, Tennessee. She is one-half of the duo Nightingale Rodeo.

Caitlin Anne Webster was born and raised in a small town in the Northeastern region of Maryland. After finishing her high school education, she moved to Baltimore, Maryland, and then to Richmond, Virginia, when she was 23. She then moved to Los Angeles, California, to pursue a career in music.

In September 2018, she made Nashville, Tennessee, her home.

Webster has seven siblings –– five sisters and two brothers. In a November 2019 interview with musiccitymike.net she commented that her early music taste was shaped by what her siblings listened to, which included Sinead O'Connor, Peter Gabriel, Madonna, from her sisters and Fugazi and Sonic Youth from her brothers. The first record she bought "There's Nothing Wrong with Love" by Built to Spill and the first concert she attended was of Canadian group Sharon, Lois & Bram (Sharon Hampson, Lois Lilienstein, and Bram Morrison).

Webster started playing guitar while living in Los Angeles. In the summer of 2015, she self-released her debut album titled Black Moon. She is also a part of a Los Angeles-based duo Nightingale Rodeo, with Nashville-native guitarist/singer/songwriter Iain Micah Weigert. In July 2017, they released their debut album Wishful Drinking. The duo performs live regularly and has toured to California, Oregon, Washington, Arizona, and of course, Tennessee.

To cite the article
Citation
We strive for accuracy and fairness. If you notice a mistake, please contact us. Below the article, you will find links to the references used.
comments so far.
Comments
Reference sources
References
musiccitymike.net
https://web.archive.org/web/20200710030913/https://musiccitymike.net/2019/11/16/11-questions-to-a-nashville-musician-caitlin-anne-webster/
bandcamp.com
https://caitlinannewebster1.bandcamp.com/
Trending today in 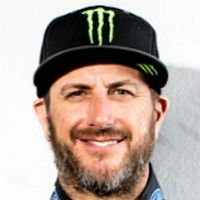