Mahaney was born in Maryland into a Roman Catholic household, the middle child of five. He was the son of a metalworker in Takoma Park, Maryland. As a child, he was more interested in sports than God. Mahaney attended Springbrook High School in Silver Spring, Maryland. He reports having been converted in 1972 at age 18 by a friend who shared his faith. He says that a newspaper ad motivated him to join a local prayer meeting known as Take and Give, which evolved into Covenant Life Church.

In 1974, aged 20, Mahaney had met Larry Tomczak, with whom he led and taught a large local prayer group. He says his only reading in theology at that time had consisted of the Bible and The Late, Great Planet Earth by Hal Lindsey.

In 1977, Mahaney became senior pastor of what had evolved into Covenant Life Church. He cites his reading of the works of 19th century Baptist leader Charles H. Spurgeon and the Reformed theology of John Calvin as influences.

Mahaney met Carolyn Layman in the 1970s, while he was teaching at Take and Give and she was working as a secretary at a Christian conference ministry in Sarasota, and they soon married. Mahaney has one son and three daughters.

Mahaney is the senior pastor of Sovereign Grace Church of Louisville, a church he planted in the fall of 2012 with Bob Kauflin, Brian Chesemore, Jeff Purswell, and Gary Ricucci. Mahaney resigned from the presidency of Sovereign Grace Ministries in April 2013 while planting this church. He was the senior pastor of Covenant Life Church in Gaithersburg, Maryland for 27 years before handing the senior pastor role to Joshua Harris on September 18, 2004. He has most recently planted a church on the east side of Louisville, Kentucky.

In June 2011 Mahaney voluntarily took a leave of absence for self-examination after charges were leveled against him by a former Sovereign Grace pastor. His leave occurred in the wake of accusations from a former top Sovereign Grace pastor who distributed hundreds e-mails and internal church documents that portrayed Mahaney as focusing on the sins of others below him in the church hierarchy. After Mahaney's departure, the Sovereign Grace board gave a strong vote of confidence to him, saying that he is "a qualified minister of the gospel and this board approves his pastoral and teaching ministry." After an extensive outside review by Ambassadors of Reconciliation of the charges brought against him and affirmation of the Sovereign Grace board, Mahaney continued to serve as president of Sovereign Grace Ministries. Covenant Life Church, the church Mahaney co-founded and pastored for 27 years left Sovereign Grace Ministries.

In 2012 a class action lawsuit was filed against Sovereign Grace Ministries alleging that leaders including Mahaney covered up child sexual abuse. The lawsuit was dismissed with prejudice in May 2013. The Maryland Court of Appeals also dismissed the case after finding that the Plaintiff's lawyer had filed the appeal too early.A police investigation resulted in no charges or arrests, and an independent investigator found that the new allegations "likely never happened".

Mahaney co-hosted the Together for the Gospel conference with Mark Dever, Ligon Duncan and Albert Mohler and serves on the Council of the Alliance of Confessing Evangelicals. It was announced that he was pulling out of the 2014 T4G due to ongoing lawsuits against Sovereign Grace Ministries. He is scheduled to return as a guest speaker at the 2016 T4G conference, a decision which drew protest from the Survivors Network of those Abused by Priests.

In February 2016, Mahaney was the subject of a Washingtonian Magazine article, titled The Sex Scandal That Devastated a Suburban Megachurch - Inside the Rise and Fall of Sovereign Grace. 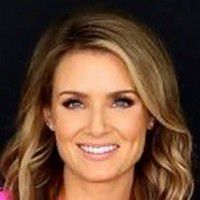