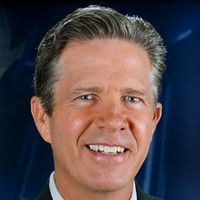 Butch McCain is an American actor, broadcaster, writer, producer and one half of the singing songwriting team, The McCain Brothers. Butch has appeared in numerous films including MGM's cult classic Bio-Dome, Roger Corman's remake of Humanoids from the Deep, and in Bruce Campbell's My Name Is Bruce.

Butch McCain was born in Muleshoe, Texas, and raised on a farm near Bovina in Parmer County, Texas.

From 1981 to 1994, Butch McCain and his brother Ben McCain worked at NBC affiliate KTVY (now KFOR-TV) and eventually at ABC affiliate KOCO-TV, where they also anchored that station's noon newscast. The McCain brothers, with Ben anchoring the news and Butch forecasting the weather, hosted a morning TV show for 12 years (six each on KTVY and KOCO).

While hosting their daily morning television program, the brothers appeared on the syndicated TV show Hee Haw as well as ABC soap operas General Hospital, All My Children and Loving.

Butch and his brother Ben, have appeared in numerous films together including MGM's cult classic Bio-Dome, Roger Corman's Humanoids from the Deep and Bruce Campbell's My Name is Bruce, where they wrote and performed the theme song, "The Legend of Guan Di". In the movie, Ben plays the mayor and Butch has dual roles as the sheriff and a uni-browed farmer. In a 1997, Daily Variety article, columnist Andrew Hindes described the McCain Brothers as "multi-hyphenated". Butch also appeared in Jonás Cuarón's Desierto.

The contents of this page are sourced from Wikipedia article on 13 Jul 2020. The contents are available under the CC BY-SA 4.0 license.
View Butch McCain 's image gallery
Image Gallery