Richard Burton Lawless (born November 1, 1953) is an American former college and professional football player who was an offensive lineman in the National Football League (NFL) for six seasons during the 1970s and 1980s. Lawless played college football for the University of Florida, and earned All-American honors. A second-round pick in the 1975 NFL Draft, he played professionally for the Dallas Cowboys and Detroit Lions of the NFL.

Lawless was born in Dothan, Alabama in 1953, before his family moved to Florida. He attended Charlotte High School in Punta Gorda, Florida, where he first drew recognition as an all-state tight end for the Charlotte Fighting Tarpons high school football team.

In 2007, thirty-six years after he graduated from high school, the Florida High School Athletic Association (FHSAA) recognized Lawless as one of the "100 Greatest Players of the First 100 Years" of Florida high school football. In 2001, he was inducted into the Charlotte High School Hall of Fame.

Lawless accepted an athletic scholarship to attend the University of Florida in Gainesville, Florida, where he played for coach Doug Dickey's Florida Gators football team from 1971 to 1974. As a freshman he broke his shoulder on his first practice and was moved to offensive tackle when he returned to the team, and eventually to offensive guard, where he arguably became the best pulling guard in Gators history.

He was a three-year starter, a second-team All-Southeastern conference (SEC) selection in 1973 and 1974, and a first-team All-American during his senior season in 1974. He also played in the 1975 Chicago College All-Star Game.

Lawless returned to the university during the NFL off-season to finish his bachelor's degree in exercise and sport sciences 1977, and he was inducted into the University of Florida Athletic Hall of Fame as a "Gator Great" in 1978. In one of a series of articles published by The Gainesville Sun in 2006, he was recognized as one top 100 Gators (No. 42) of the first 100 years of Florida football.

Lawless was selected by the Dallas Cowboys in the second round (forty-fourth pick overall) of the 1975 NFL Draft, also known as the Dirty Dozen draft. Mitch Hoopes and him were the only rookies to earn starting jobs, with Lawless replacing John Niland at left guard and becoming the first team rookie to start in the offensive line (including Super Bowl X) since 1965. At the end of the 1975 season, he was named to the NFL All-Rookie team.

In 1976 the play of Herbert Scott forced him into a platoon role. In 1977 injuries allowed him to regain his starting position, but by the next year, he was back to serving as a messenger guard, alternating mainly with Tom Rafferty. He retired in 1980 during training camp and was subsequently traded to the Miami Dolphins for a draft choice. During his time with the Cowboys, he was a part of three Super Bowl teams, winning Super Bowl XII.

The Miami Dolphins released him during training camp in 1980. After his release, he signed as free agent with the Detroit Lions, where he played in nine games in 1980. Lawless was signed to the Miami Dolphins roster for the last five games of the 1981 season.

Lawless signed a contract with the Chicago Bears for 1982. However, in May, during the off-season, a 12-foot, 5,000-pound plow-arm fell on his head and neck, causing him to be paralyzed from the neck down for 17 days and ending his professional career.

During his seven-season NFL career, Lawless played in eighty-two games, and started in twenty-three of them.

Lawless attended the Cowboys alumni reunion and closing ceremony at Texas Stadium in Dallas on December 20, 2008. 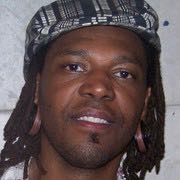 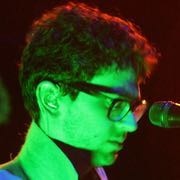 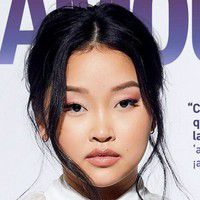