Chavano Rainer "Buddy" Hield (born December 17, 1992) is a Bahamian professional basketball player for the Sacramento Kings of the National Basketball Association (NBA). He was named the Big 12 Conference Men's Basketball Player of the Year in 2015 and 2016, and in 2016, he received four major national player of the year awards—the John R. Wooden Award, the Naismith Award, Sporting News Player of the Year, and the Oscar Robertson Trophy. Hield was selected with the sixth overall pick in the 2016 NBA draft by the New Orleans Pelicans.

Hield grew up in Eight Mile Rock, a coastal region west of Freeport, in the West Grand Bahama district in the Bahamas. He was fifth of seven children of his mother Jackie Braynen. Hield received his nickname from his mother after Bud Bundy of the sitcom Married... with Children.

Hield showed his early ability to lead his team from a young age by taking his Jack Hayward High School basketball team to the championship of the Providence Holiday Tournament on a buzzer beater and also leading his team to win the Grand Bahamas High School Championships. For his exploits, Hield was named an All Bahamian Brand All Bahamian Selection.

After his performances in The Bahamas, Hield was recruited to attend Sunrise Christian Academy in Bel Aire, a basketball prep school in a suburb of Wichita. Current Wichita State assistant and then-Sunrise coach Kyle Lindsted recruited the 6-foot 4-inch (1.93 m) guard. In 2011, during Hield's junior year at Sunrise Christian he led the team to the National Association of Christian Athletes national championship, getting named the MVP of the tourney. In the 2011-2012 season, his senior year, Hield averaged 22.7 points on .491 shooting in 21.0 minutes per game.

He was highly recruited and selected the Oklahoma Sooners over the Kansas Jayhawks.

As a freshman at Oklahoma, Hield scored 7.8 points per game, and was the recipient of the team's Most Inspirational Award. He was a second-team All-Big 12 selection as a sophomore as he averaged 16.5 points and 4.4 rebounds per game. He worked on his defense prior to his junior year and expanded his offensive game to more of a high-volume three-point shooter.

Hield averaged 17.4 points and 5.4 rebounds per game as a junior at Oklahoma and shot 41 percent from the field. He led Oklahoma to a 24–11 record and Sweet 16 berth. Despite being a potential 2015 NBA draft selection, he decided to return for his senior season. He was a First Team All-Big 12 selection and was named Big 12 Conference Men's Basketball Player of the Year.

Hield was listed on the Oscar Robertson Award preseason watchlist as well as the Naismith College Player of the Year preseason watchlist. Hield recorded a career high of 46 points in a triple overtime loss to Kansas on January 4, 2016, receiving a standing ovation from the opposing crowd after a postgame interview with Scott Van Pelt. His 46 points tied the record for most points scored by an opponent at Allen Fieldhouse. He was named to the 35-man midseason watchlist for the Naismith Trophy on February 11.

His senior year at Oklahoma, on April 7, 2016, Hield won the John R. Wooden Award for the best college basketball player for the 2015–16 season, in which he averaged 25 points, 5.7 rebounds, two assists per game, and led the nation in three-point shots.

On February 20, 2017, Hield was traded, along with Tyreke Evans, Langston Galloway and 2017 first-round and second-round draft picks, to the Sacramento Kings in exchange for DeMarcus Cousins and Omri Casspi. He made his debut for the Kings three days later, scoring 16 points off the bench in a 116–100 win over the Denver Nuggets. On March 24, he scored a career-high 22 points with eight rebounds and seven assists in a 114–100 loss to the Golden State Warriors. He tied that mark on April 1, scoring 22 points on 4-of-6 from three-point range in a 123–117 win over the Minnesota Timberwolves. Two days later, he was named Western Conference Rookie of the Month for March. On April 11, he set a new career high with 30 points in a 129–104 win over the Phoenix Suns. At the season's end, he was named to the NBA All-Rookie First Team.

Hield began the 2017–18 season as a starter, before switching to a bench role and becoming the team's sixth man after seven games. On November 25, 2017, Hield scored a season-high 27 points off the bench with a career-high seven 3-pointers in a 97–95 loss to the Los Angeles Clippers. Hield shot 43.1 percent from 3-point range in 2017–18, which placed him ninth in the NBA among qualified players.

On October 21, 2019, Hield signed an extension of his rookie contract for a total of 4 years and $86 million, up to $106 million including performance incentives. On December 26, Hield accused coaches and teammates of having "trust issues" after he was benched late in regulation of a game that the Kings eventually lost in double overtime to the Minnesota Timberwolves. He apologized to the entire team the next day for his remarks. Hield eventually lost his starting job to Bogdan Bogdanovic, but the switch produced a quick boost in his production and efficiency; in only his second game off the bench, on January 27, 2020 and again against Minnesota, Hield scored a career high 42 points to lead the Kings to a furious comeback victory in overtime, after they trailed by 17 points with three minutes left in regulation. Afterwards, Hield dedicated the game to his idol Kobe Bryant, who had passed in a helicopter accident the day prior. On February 15, 2020, Hield won the Mountain Dew 3-Point Shootout at All-Star Weekend in Chicago, topping Devin Booker 27-26 in the final round by sinking his final shot.

Hield traveled to the city of Tepic in Nayarit, Mexico from August 1 to 7, 2014 to represent the Bahamas national team in the 2014 Centrobasket, which is the regional basketball championship of FIBA Americas for the Central American and Caribbean subzone. Hield's coach in the tournament was Larry Eustachy. He averaged a tournament-leading 19.8 points per game and a team-high 6.0 rebounds.

In the days after Hurricane Dorian struck the Bahamas, Hield donated $105,000 to the Hurricane Dorian Relief fund and created a GoFundMe page to help raise an extra $1,000,000 to help families devastated by the hurricane there.

Prime minister of the bahamas 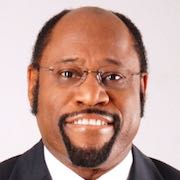 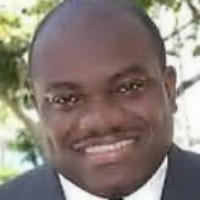 Archbishop of the West Indies