Carlo Pedersoli (31 October 1929 – 27 June 2016), professionally known as Bud Spencer, was an Italian actor, professional swimmer and water polo player. He is known for action-comedy roles with his long-time film partner Terence Hill. The duo "garnered world acclaim and attracted millions to theater seats". Spencer and Hill appeared in, produced and directed over 20 films together.

A successful swimmer in his youth, he obtained a degree in law and registered several patents. Spencer also became a certified commercial airline and helicopter pilot, and supported and funded many children's charities, including the Spencer Scholarship Fund.

Son of Alessandro Pedersoli and Rosa Facchetti, Carlo Pedersoli was born on 31 October 1929 in Santa Lucia, a historical rione in Naples and in the same building as the writer Luciano De Crescenzo. Pedersoli started school in 1935, along with De Crescenzo. He played several sports and showed an aptitude for swimming, winning prizes. In 1940, due to his father's work, he moved to Rome, where he attended high school and joined a swimming club. He finished school before his seventeenth birthday with the highest marks and enrolled at Sapienza University of Rome, where he studied chemistry. In January 1947, the family moved to South America and Pedersoli discontinued his studies. From 1947 to 1949, he worked in the Italian consulate in Recife, Brazil, where he learned fluent Portuguese.

Pedersoli returned to Italy in 1949 to play water polo in Rome for Società Sportiva Lazio Nuoto and won the Italian swimming championships in freestyle and mixed relay teams. As a professional swimmer in his youth, Spencer was the first Italian to swim the 100 m freestyle in less than one minute when on 19 September 1950 he swam the distance in 59.5 s in Salsomaggiore. In 1949 he made his international debut and a year later he was called up for the European championships in Vienna where he swam in two finals, finishing fifth in the 100 m and fourth in the relay 4 × 200 m.

In the 1951 Mediterranean Games in Alexandria (Egypt), he won a silver medal in the same 100 m freestyle event. Pedersoli participated in the 1952 Summer Olympics in Helsinki, Finland, reaching the semi-finals in the 100 m freestyle (58.8 s heats, 58.9 s semi final). Four years later, in Melbourne, he also entered the semi-finals in the same category (58.5 s heat, 59.0 s semi final).

As a water polo player, he won the Italian Championship in 1954 with S.S. Lazio and the gold medal at 1955 Mediterranean Games in Barcelona with the Italian national team. His swimming career ended abruptly in 1957.

Pedersoli's first film role was in Quel fantasma di mio marito, an Italian comedy shot in 1949 and released in 1950.

In 1951 he played a member of the Praetorian Guard in Quo Vadis, an epic film shot in Italy made by MGM and directed by Mervyn LeRoy. During the 1950s and part of the 1960s, Spencer appeared playing minor parts in Italian including Mario Monicelli's movie A Hero of Our Times, with Alberto Sordi and the 1954 war film Human Torpedoes with Raf Vallone.

In 1960, after the Summer Olympic games, Pedersoli married Maria Amato, daughter of Italian film producer Giuseppe Amato. He signed a contract with RCA Records to write lyrics for singers such as Ornella Vanoni and Nico Fidenco and soundtracks. In the following years, his son Giuseppe was born (1961), followed by Cristiana (1962), his contract with RCA expired and his father-in-law died (1964). Pedersoli became a producer of documentaries for the national public broadcasting company RAI.

In 1967 film director Giuseppe Colizzi offered him a role in God Forgives... I Don't!. On the set Pedersoli met another unknown young actor, Mario Girotti (Terence Hill). Although Spencer had met Girotti before on the set of Hannibal in 1959, this was the moment they went on to become a film duo. The film director asked the two actors to change their names, deeming them to be too Italian-sounding for a Western movie: Pedersoli chose Bud Spencer, with Bud inspired by Budweiser beer and Spencer by the actor Spencer Tracy.

While Hill's characters were agile and youthful, Spencer always played the "phlegmatic, grumpy strong-arm man with a blessed, naive child's laughter and a golden heart". Overall, Hill and Spencer worked together on over 20 films, including (named using their most common U.S. titles):

Films with Spencer alone include:

Many of these have alternative titles, depending upon the country and distributor. Some have longer Italian versions that were edited for release abroad. These films gathered popularity for both actors, especially in Europe.

Because of huge popularity many producers wanted to exploit his likeness and the likeness of Terence Hill with visually similar duos - most noticeable were Paul L. Smith (adopted name Adam Eden in later years, sometimes credited Anam Eden) and Michael Coby (real name Antonio Cantafora) with at least 6 movies in Bud & Terence fashion from 1973 to 1977 and István Bujtor with 6 movies in Piedone fashion from 1981 to 2008.

The voice of Bud Spencer on Italian film soundtracks is Glauco Onorato. Sergio Fiorentini dubbed Spencer in Troublemakers, To the Limit (1997) and the series of Detective Extralarge, (1991–93).

Spencer wrote the complete or partial screenplay for some of his movies. His feature film career slowed down after 1983, shifting more toward television. In the 1990s, he acted in the television action-drama Extralarge. His autobiography was published in 2011. In addition, Spencer also published a recipe book including his favorite dishes.

In 2005, he entered politics, unsuccessfully standing as regional councillor in Lazio for the Forza Italia party. Spencer stated: "In my life, I've done everything. There are only three things I haven't been – a ballet dancer, a jockey and a politician. Given that the first two jobs are out of the question, I'll throw myself into politics." The opposition criticised him for engaging in "politica spettacolo" ("showbiz politics").

Spencer married Maria Amato in 1960, with whom he had three children: Giuseppe (1961), Cristiana (1962) and Diamante (1972). After appearing in Più forte, ragazzi!, Spencer became a jet airplane and helicopter pilot. He founded Mistral Air in 1984, an air-mail company that also transports pilgrims, but later sold it to Poste Italiane.

Funeral of Spencer in Rome

Spencer died aged 86 on 27 June 2016 in Rome. As son Giuseppe Pedersoli stated, his father "died without pain in presence of his family and his last word was 'grazie'". He was survived by his wife, three children, five grandchildren and six great-grandchildren. 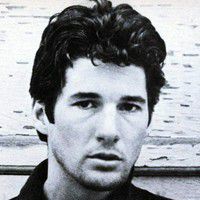