Bryan Edward Steven Roy (born 12 February 1970, in Amsterdam) is a Dutch football manager and a former professional player. He has managed various of Ajax' youth teams – formerly Ajax E1 and now Ajax B.

He started his professional playing career in Ajax in 1987, winning the UEFA Cup in 1992. In November 1992, Roy was traded to the Italian club Foggia and replaced as leftwinger by Marc Overmars. During his time there, he represented his country at the 1994 World Cup, scoring once as the Netherlands reached the quarter-finals. After the World Cup, he moved to England after Nottingham Forest paid their record fee of £2.9million for his services.

Roy's first season at the City Ground was a success, as he provided a strong partner for Stan Collymore. He helped the newly promoted side finish an impressive third in the Premiership and qualify for the UEFA Cup – the first time Forest had achieved European qualification in the post-Heysel era. Collymore was sold to Liverpool in the summer of 1995, although Forest did reach the UEFA Cup quarter-finals. His first-team opportunities were limited by injury and disappointing form in 1996–97, and Roy decided that he had seen enough of England.

After Forest's 1996–97 season ended in relegation from the Premiership, Roy moved to Germany in a £1.5million switch to Hertha BSC. In 2000, he returned to his homeland and turned out for NAC Breda, where he remained until hanging up his boots in 2002. Roy came out of retirement briefly in 2004 where he had a short stint at Workington AFC scoring twice in 9 appearances.

Vink, Roy and Lindenbergh for "Ajax Legend" in HK7 soccer 2012

Roy picked up 32 international caps for the Netherlands national football team, scoring nine goals. He played at the 1990 and 1994 FIFA World Cups and the 1992 UEFA European Football Championships. 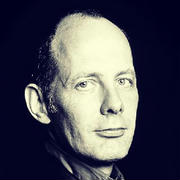