Bryan William Marchment (born May 1, 1969) is a former Canadian ice hockey defenceman. He spent his NHL career with the Winnipeg Jets, Chicago Blackhawks, Hartford Whalers, Edmonton Oilers, Tampa Bay Lightning, San Jose Sharks, Colorado Avalanche, Toronto Maple Leafs and Calgary Flames. He is currently a scout for the Sharks at the NHL level and a part-time coach in the Sharks organization.

Marchment began his playing career with the Belleville Bulls of the Ontario Hockey League. Marchment was a high scoring defenceman, more noted for assists, included 51 assists in 56 games during 1987–88, the year Marchment was drafted 16th overall by the Winnipeg Jets in the 1987 NHL Entry Draft, despite a promising future, he spent most of his Jets career in the American Hockey League for the Moncton Hawks, but did get some moments in a Jets jersey as well, playing 28 games in the 1990–91 NHL season. On July 22, 1991, Marchment was traded from the Jets with Chris Norton to the Chicago Blackhawks for Troy Murray and Warren Rychel.

Marchment enjoyed more games for the Blackhawks scoring 15 points in the 1991–92 NHL season and 20 points in the next season, but on November 2, 1993, Marchment was sent to the Hartford Whalers with Steve Larmer in a trade for Eric Weinrich and Patrick Poulin. Marchment only played 42 games for the Whalers before he was sent to the Edmonton Oilers on August 30, 1994 as compensation for Hartford signing Steven Rice.

After 3 seasons with the Oilers it was during his fourth that Marchment was traded with Jason Bonsignore and Steve Kelly to Tampa Bay Lightning for Roman Hamrlík and Paul Comrie on December 30, 1997. It was during the 1997 season were Marchment suffered a severe concussion and began convulsing on the rink. Marchment only managed to play 22 games for the Lightning until he was once again traded, this time on March 24, 1998 Marchment, along with David Shaw and a 1st round pick in the 1998 draft (David Legwand) were sent to the San Jose Sharks for Andrei Nazarov and a 1st round pick in the 1998 draft (Vincent Lecavalier).

It was with the Sharks where Marchment enjoyed more success, more games, more playoff runs and more points, including a career high 22 in the 2001–02 NHL season, 20 of which were assists. Marchment enjoyed his four and a half year stay with the Sharks but was once again traded. This time on March 8, 2003, Marchment was traded to Colorado for two draft picks. He only played 14 regular season games for Colorado and 7 playoff games. A free agent Marchment signed a one-year deal with hometown team the Toronto Maple Leafs on July 11, 2003. In the 2003–04 season Marchment played in 75 regular season games scoring just 4 points and appeared in a further 13 playoff games.

Marchment sat out the 2004–05 NHL lockout affected season, and was signed by the Calgary Flames as a free agent on October 11, 2005. After the 2005–06 season ended he became a free agent. As of March 2008, Marchment is a scout and in charge of player development for the Sharks.

Reputation as a player

Marchment has been suspended for deliberate attempts to injure other players numerous times throughout his playing career. He was suspended 13 times by the league in his first 12 NHL seasons and his hits were blamed for injuries suffered by Mike Modano, Joe Nieuwendyk, Greg Adams, Mike Gartner, Kevin Dineen, Peter Zezel, Pavel Bure, Sami Salo, Paul Kariya, Wendel Clark and Martin Ručínský. On February 3, 1995, while the Toronto Maple Leafs were visiting Marchment's Oilers, a hit by Marchment partially collapsed one of Gartner's lungs; the severely injured Gartner had to return to Toronto by train. Doug Weight attacked him in 2000 after Marchment applied a knee-on-knee hit to him.

Reputation as a player 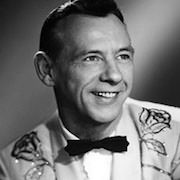 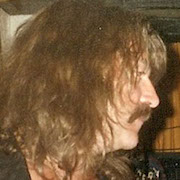