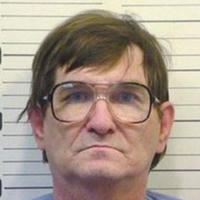 Bruce Mendenhall (born April 14, 1951) is a convicted American murderer and accused serial killer. He was arrested in Tennessee in July 2007 – and found guilty in 2010 – for the June 26, 2007 murder of Sara Hulbert. The body was found by the security guard on duty that night. A long haul trucker, his truck was found to contain the blood of numerous other murdered or missing women. He has been charged with the murders of three other women at truck stops in Alabama, Indiana and Tennessee. He is still under investigation for murders in Georgia, Illinois, New Mexico, Oklahoma, and Texas—some of which carry the death penalty.

He was married to Linda, and they had two daughters. Linda, who has since died, had reportedly gone blind from diabetes. Mendenhall never had problems with the law, though his wife and friends knew he kept a gun illegally in his truck.

A resident of Albion, Illinois, Mendenhall was arrested at the TA truck stop on Interstate 24 in Nashville, Tennessee on July 12, 2007 after Detective Sgt. Pat Postiglione spotted a truck that matched surveillance footage from the night Sara Nicole Hulbert was murdered at the same truck stop. Upon inspection of the vehicle, a large quantity of bloody clothing and identification and personal effects of an Indianapolis woman, who went missing the day before, was found in a plastic sack along with blood spots scattered around the inside of his cab to include the steering wheel and even on his hands when arrested and Mendenhall was taken into custody. Police catalogued 300 items from the truck including a rifle, knives, handcuffs, latex gloves, several weapons cartridges, black tape, a nightstick, and sex toys. Sampling of these items turned up the DNA of five different women. On August 2, 2007, Mendenhall waived his right to a preliminary hearing.

Mendenhall's victims were primarily young prostitutes, usually found shot, though detectives have determined that his method of killing may have changed over the years. During questioning, he implicated himself in the shooting death of Hulbert, whose body was found on June 26, 2007.

He has also implicated himself in the shooting death of Symantha Winters, whose body was found June 6, 2007 in a trash can at a truck stop in Lebanon, Tennessee. She had a criminal record showing at least one previous charge of prostitution. On August 17, 2007, a Wilson County grand jury indicted Mendenhall for the murder of Winters. He was subsequently convicted and sentenced to life.

Another victim killed on July 11, 2007 at a Flying J truck stop on Interstate 465 in Indianapolis, Indiana was recently found. Carma Purpura, a 31-year-old mother of two, was last seen at the far-southside Indianapolis truck stop. On April 10, 2008, Marion County Prosecutor Carl Brizzi charged Mendenhall with murder in the case. DNA tests link a large quantity of the blood from Mendenhall's truck cab to the woman's parents. Investigators also found her cell phone, ATM card and clothing she wore on the day she disappeared. Four years later her remains were discovered just off I-65 in Kentucky.

On July 28, police in Birmingham, Alabama charged Mendenhall with the murder of Lucille "Gretna" Carter, who was found nude in a trash bin with a plastic bag taped around her head on July 1. She was shot with a .22 caliber weapon.

Investigators said Mendenhall was initially cooperative, but subsequently ceased to implicate himself in other murders. Police are investigating the possibility that Mendenhall is responsible for other murders in the region including:

Until August 2009, Mendenhall was considered in the murder of Jennifer Smith, a prostitute found nude at a truck stop in Bucksnort, Tennessee in April 2005. DNA evidence in 2009 proved that she was the second victim of killer John Wayne Boyer.

While he was in jail, Mendenhall's wife died of natural causes and he came upon some insurance money. He separately approached two inmates with offers to pay them $15,000 to murder the three associates that Mendenhall had implicated in his original statement to police. One of the murders was to be performed in a "copycat" fashion to lead police to believe the killer was still at large.

For the crime of conspiracy to commit murder he was convicted and sentenced to an additional 30 years.

Mendenhall was also initially accused of solicitation of the murders of the two detectives involved in his arrest and questioning. Those charges were later dropped.

The contents of this page are sourced from Wikipedia article on 09 Oct 2019. The contents are available under the CC BY-SA 4.0 license.
View Bruce Mendenhall 's image gallery
Image Gallery 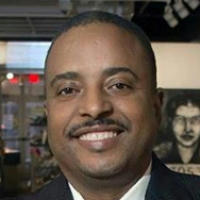