Bruce Allan "Gabby" Boudreau (born January 9, 1955) is a Canadian former professional ice hockey player and coach. He is currently the head coach of the National Hockey League's Minnesota Wild and formerly the head coach of the Washington Capitals and Anaheim Ducks. As a player, Boudreau played professionally for 20 seasons, logging 141 games in the NHL and 30 games in the World Hockey Association (WHA). He played for the Toronto Maple Leafs and the Chicago Black Hawks of the NHL and the Minnesota Fighting Saints of the WHA. Boudreau won the Jack Adams Award for the NHL's most outstanding head coach in the 2007–08 NHL season during his tenure with the Capitals.

Boudreau was born in North York, Toronto, Ontario. He attended Nelson A. Boylen Collegiate Institute in the 1970s.

While Boudreau's major professional career was modest, he had a long career in the minor leagues, and was one of the most prolific minor league scorers of all time, largely in the American Hockey League (AHL). His junior career was spent with the Toronto Marlboros of the Ontario Hockey Association (OHA), for which he averaged over 100 points a season. He scored 165 points in his final season in juniors, adding 44 points in 27 games en route to captaining the Marlies to a Memorial Cup championship. He was awarded the Eddie Powers Memorial Trophy as the top goal scorer for the 1974–75 OMJHL season.

After being drafted in the third round, 42nd overall, by the Toronto Maple Leafs, Boudreau could not agree with Toronto on a contract and joined the Minnesota Fighting Saints of the WHA, making his professional debut in 1975. He played a single season for the Fighting Saints, scoring 3 goals and 6 assists over 30 games.

Spending most of the early part of his professional career with Maple Leaf farm teams in Dallas, New Brunswick and St. Catharines, Boudreau also spent significant time playing for the Springfield Indians (for whom he won his only scoring championship in 1988), the Fort Wayne Komets and the Nova Scotia Oilers. His most significant NHL time came in 1981, when as an injury replacement he scored 10 goals and 14 assists in only 39 games.

Boudreau played eight seasons in the NHL in all, all but the last (a seven-game stint for the Black Hawks in 1986) for the Maple Leafs, scoring 28 goals and 42 assists in 141 games.

He remained a minor league star and top scorer right through his final season in 1992. His final game came in Springfield where he had been signed by the Adirondack Red Wings as an emergency injury replacement during their first round Calder Cup playoff series against the Indians.

Under Boudreau's leadership, the Bears won the 2006 AHL Calder Cup championship. The Bears made it all the way back to the Calder Cup finals under Coach Boudreau again in 2007, ultimately falling to the Hamilton Bulldogs.

Previously, Boudreau coached the Mississippi Sea Wolves to the ECHL Championship in 1999, and also led the Fort Wayne Komets to the IHL Finals in 1994. Boudreau was awarded the Commissioner's Trophy (IHL) as coach of the 1993–94 Komets. Boudreau while coaching the Washington Capitals

Boudreau was named interim head coach of the NHL's Washington Capitals on November 22, 2007, and later their permanent coach on December 26. He compiled a 37–17–7 rookie coaching record with a team that was 6–14–1 when he inherited it. Under Boudreau's leadership, the 2007–08 Capitals won their first Southeast Division title in seven years and made the playoffs for the first time in five years. He also won the Jack Adams Award as the NHL's best coach in 2008.

Boudreau continued his success in his second season as coach of the Capitals, leading the Capitals to a record of 50–24–8 and 108 points, good enough for another Southeast Division title and second in the Eastern Conference.

In his third season with the Capitals, Boudreau led the team to a 54–15–13 record and 121 points, which was not only good enough for a third straight Southeast Division title, but also was the most points in the NHL, leading to the team's first ever Presidents' Trophy. Their success in the regular season, however, did not carry over to the postseason, as they lost to the eighth seeded Montreal Canadiens in seven games, losing the last three games of the series.

After a hot start to the 2011–12 season, the Capitals fell apart, posting just four wins in 13 games during the month of November. Alexander Ovechkin and Alexander Semin both vastly underperformed during the stretch. These and other factors led to Boudreau's firing on November 28, 2011, despite Boudreau being the coach to reach 200 regular season wins in the shortest period of time in the modern NHL era. He was replaced by former Capitals captain and then-London Knights head coach Dale Hunter. Two days later, the Anaheim Ducks hired him to replace the recently fired Randy Carlyle as their head coach. Boudreau became the fastest coach to be hired after being fired in the National Hockey League.

On April 29, 2016, Boudreau was fired by the Ducks after they lost a Game 7 on home ice for the fourth consecutive year. He led the Ducks to four consecutive division titles.

On May 7, 2016, Boudreau was hired by the Minnesota Wild as their new head coach.

Boudreau is known for his talkative personality, earning him the nickname "Gabby." In 2009, he released his memoir, Gabby: Confessions of a Hockey Lifer. As of May 2016, he has the second highest winning percentage in NHL history for a coach who has coached at least 100 games. 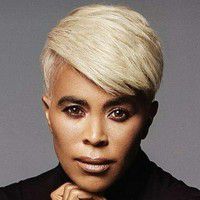