Bronisław Kasper Malinowski ([brɔˈɲiswaf maliˈnɔfskʲi]; 7 April 1884 – 16 May 1942) was an anthropologist whose writings on ethnography, social theory, and field research were a lasting influence on the discipline of anthropology.

From 1910, Malinowski studied exchange and economics at the London School of Economics (LSE) under Charles Gabriel Seligman and Edvard Alexander Westermarck, analysing patterns of exchange in Aboriginal Australia through ethnographic documents. In 1914, he was given a chance to travel to New Guinea accompanying anthropologist Robert Ranulph Marett, but as World War I broke out and Malinowski was an Austrian subject, and thereby an enemy of the British commonwealth, he was unable to travel back to England. The Australian government nonetheless provided him with permission and funds to undertake ethnographic work within their territories and Malinowski chose to go to the Trobriand Islands, in Melanesia where he stayed for several years, studying the indigenous culture. Upon his return to England after the war he published his main work Argonauts of the Western Pacific (1922), which established him as one of the most important anthropologists in Europe of that time. He took posts as lecturer and later as a chair in anthropology at the LSE, attracting large numbers of students and exerting great influence on the development of British Social Anthropology. Among his students in this period were such prominent anthropologists as Raymond Firth, E. E. Evans-Pritchard, Hortense Powdermaker, Edmund Leach, Audrey Richards and Meyer Fortes. From 1933 he visited several American universities, and when World War II broke out he decided to stay there, taking an appointment at Yale. There he stayed the remainder of his life, also influencing a generation of American anthropologists.

His ethnography of the Trobriand Islands described the complex institution of the Kula ring, and became foundational for subsequent theories of reciprocity and exchange. He was also widely regarded as an eminent fieldworker and his texts regarding the anthropological field methods were foundational to early anthropology, for example coining the term participatory observation. His approach to social theory was a brand of psychological functionalism emphasising how social and cultural institutions serve basic human needs, a perspective opposed to A. R. Radcliffe-Brown's structural functionalism that emphasised the ways in which social institutions function in relation to society as a whole.

Malinowski was born on 7 April 1884, in Kraków, then part of the Austro-Hungarian province known as the Kingdom of Galicia and Lodomeria, to an upper-middle-class Polish family. His father was a professor, and his mother was the daughter of a landowning family. As a child he was frail, often suffering from ill health, yet he excelled academically. In 1908, he received a doctorate in philosophy from Kraków's Jagiellonian University, where he focused on mathematics and the physical sciences. While attending the university he became ill and, while recuperating, decided to be an anthropologist as a result of reading James Frazer's The Golden Bough. This book turned his interest to ethnology, which he pursued at the University of Leipzig, where he studied under economist Karl Bücher and psychologist Wilhelm Wundt. In 1910, he went to England, studying at the London School of Economics under C. G. Seligman and Edvard Westermarck.

In 1914, he travelled to Papua (in what would later become Papua New Guinea), where he conducted fieldwork at Mailu Island and then, more famously, in the Trobriand Islands. The ethnographic collection he made on the Trobriand Islands is now held by the British Museum. On his most famous trip to the area, he became stranded due to the outbreak of World War I. Malinowski was not allowed to return to Europe from the British-controlled region because, though Polish by ethnicity, he was a subject of Austria-Hungary. Australian authorities gave him the opportunity of conducting research in Melanesia, an opportunity he happily embraced. It was during this period that he conducted his fieldwork on the Kula ring and advanced the practice of participant observation, which remains the hallmark of ethnographic research today.

In 1920, he published a scientific article on the Kula Ring, perhaps the first documentation of generalised exchange. In 1922, he earned a doctorate of science in anthropology and was teaching at the London School of Economics. That year his book Argonauts of the Western Pacific was published. It was widely regarded as a masterpiece, and Malinowski became one of the best-known anthropologists in the world. For the next two decades, he would establish the London School of Economics as Europe's main centre of anthropology. He became a British citizen in 1931. In 1933, he became a foreign member of the Royal Netherlands Academy of Arts and Sciences.

Malinowski taught intermittently in the United States. When World War II broke out during one of his American visits, he stayed there. He took up a position at Yale University, where he remained until his death. In 1942, he co-founded the Polish Institute of Arts and Sciences of America.

Malinowski died on 16 May 1942, aged 58, of a heart attack while preparing to conduct summer fieldwork in Oaxaca, Mexico. He was interred at Evergreen Cemetery in New Haven, Connecticut. His personal diary, written during his fieldwork in Melanesia and New Guinea, was published posthumously in 1967 by his widow Valetta Swann and has been a source of controversy since its inception.

Malinowski is often considered one of anthropology's most skilled ethnographers, especially because of the highly methodical and well theorised approach to the study of social systems. He is often referred to as the first researcher to bring anthropology "off the verandah" (a phrase that is also the name of a documentary about his work), that is, experiencing the everyday life of his subjects along with them. Malinowski emphasised the importance of detailed participant observation and argued that anthropologists must have daily contact with their informants if they are to adequately record the "imponderabilia of everyday life" that are so important to understanding a different culture.

He stated that the goal of the anthropologist, or ethnographer, is "to grasp the native's point of view, his relation to life, to realize his vision of his world" (Argonauts of the Western Pacific, Dutton 1961 edition, p. 25.)

However, in reference to the Kula ring, Malinowski also stated, in the same edition, pp. 83–84:

Yet it must be remembered that what appears to us an extensive, complicated, and yet well ordered institution is the outcome of so many doings and pursuits, carried on by savages, who have no laws or aims or charters definitely laid down. They have no knowledge of the total outline of any of their social structure. They know their own motives, know the purpose of individual actions and the rules which apply to them, but how, out of these, the whole collective institution shapes, this is beyond their mental range. Not even the most intelligent native has any clear idea of the Kula as a big, organised social construction, still less of its sociological function and implications....The integration of all the details observed, the achievement of a sociological synthesis of all the various, relevant symptoms, is the task of the Ethnographer... the Ethnographer has to construct the picture of the big institution, very much as the physicist constructs his theory from the experimental data, which always have been within reach of everybody, but needed a consistent interpretation.

In these two passages, Malinowski anticipated the distinction between description and analysis, and between the views of actors and analysts. This distinction continues to inform anthropological method and theory.

His study of the Kula ring was also vital to the development of an anthropological theory of reciprocity, and his material from the Trobriands was extensively discussed in Marcel Mauss's seminal essay The Gift.

Besides the firm outline of tribal constitution and crystallized cultural items which form the skeleton, besides the data of daily life and ordinary behavior, which are, so to speak, its flesh and blood, there is still to be recorded the spirit—the natives' views and opinions and utterances.

Apart from fieldwork, Malinowski also challenged the claim to universality of Freud's theory of the Oedipus complex. He initiated a cross-cultural approach in Sex and Repression in Savage Society (1927) where he demonstrated that specific psychological complexes are not universal.

Malinowski likewise influenced the course of African history, serving as an academic mentor to Jomo Kenyatta, the father and first president of modern-day Kenya. Malinowski also wrote the introduction to Facing Mount Kenya, Kenyatta's ethnographic study of the Gikuyu tribe. The Kulurami tribe in Africa also caught his attention.

In a brief passage in his 1979 book Broca's Brain, the late science popularizer Carl Sagan criticized Malinowski for thinking that "he had discovered a people in the Trobriand Islands who had not worked out the connection between sexual intercourse and childbirth", arguing that it was more likely that the islanders were simply making fun of Malinowski.

The Malinowski Memorial Lecture, an annual anthropology lecture series at London School of Economics, is named after him. A student-led anthropology magazine at the LSE, The Argonaut, took its name from Malinowski's Argonauts of the Western Pacific.

The contents of this page are sourced from Wikipedia article on 04 Sep 2019. The contents are available under the CC BY-SA 4.0 license.
comments so far.
Comments
From our partners
Sponsored 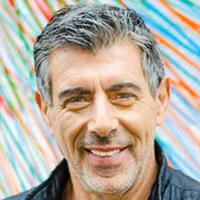 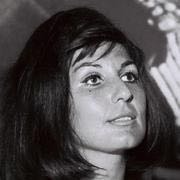