Broderick Smith (born 17 February 1948 in Hertfordshire, England) a.k.a. Brod Smith is a singer-songwriter, harmonica, guitar and banjo player. He was a member of 1970s bands Carson and The Dingoes, 1980s Broderick Smith's Big Combo and performed solo. He also acted on stage in the 1973 Australian version of the rock opera Tommy and in minor roles in 1990s Television series Blue Heelers, Snowy River: The McGregor Saga and State Coroner. Smith has been involved in writing about 200 songs and has run workshops on songwriting, harmonica and vocals.

Smith and his family migrated to Australia in 1959 and settled, initially, in St Albans a Western suburb of Melbourne. In 1962 or 1963 Smith was a member of The Maltese Band on percussion. Other Blues bands he joined included The Smokey Hollows in 1965, by this time Smith was a sales clerk for Allans records store. He joined Adderley Smith Blues Band (1966–1968) on vocals and harmonica alongside Kerryn Tolhurst (guitar, mandolin). Smith was conscripted into the Army as part of National Service during the Vietnam War at Holsworthy, New South Wales for two years from 1968 to 1970. Upon discharge, he briefly joined Sundown with Tolhurst but left to join Carson.

Carson had formed in January 1970 and was a blues-boogie band influenced by US group Canned Heat, during 1971 Smith replaced founder John Capek, providing vocals and harmonica. Other members included Greg Lawrie (guitar, slide guitar), Ian Ferguson (bass, vocals), Tony Lunt (drums) and Ian Winter (guitar). After they released a single "Travelling South" / "Moonshine" in August 1971, Ferguson left to be replaced successively by Barry Sullivan and then Garry Clarke; Mal Logan (keyboards) joined later that year. Carson performed at the first Sunbury Rock Festival in January 1972. The following Easter, they played a legendary set at Mulwala Pop Festival, alongside Canned Heat. Smith spent part of 1972 recording two solo singles: "Goin' on Down to the End of the World" released in May 1972 and "Yesterday it Rained" released in February 1973. He also kept up with Carson to record "Boogie, Part 1" / "Boogie, Part 2" which reached No. 30 on the National charts in September 1972. This was followed by their debut album, Blown on Harvest Records produced by Rod Coe, which reached No. 14 in December.

Australian psychedelic and progressive rock band Tamam Shud were recording tracks for Albie Falzon's 1972 surf film Morning of the Earth including their song "First Things First". Their main lead singer, Lindsay Bjerre was having voice problems so they recorded the song using lead guitarist Tim Gaze; producer G. Wayne Thomas was unhappy with Gaze's vocals and asked Smith to fill in; according to Bjerre, Tamam Shud were not informed and only found out about the switch at the film's premiere; according to Smith, he had Tamam Shud's knowledge and permission.

Carson performed at the 1973 Sunbury Rock Festival, on the Australia Day long weekend. Band members Winter and Ferguson left soon after and by February, Carson had disbanded. A live recording of their Sunbury set, On the Air was released in April 1973.

The Who's rock opera Tommy was performed as an orchestral version in 1973 in Australia with Smith in the role of The Father (Mr Walker). Other Australian artists were Daryl Braithwaite (as Tommy), Billy Thorpe, Doug Parkinson, Wendy Saddington, Jim Keays, Colleen Hewett, Linda George, Ross Wilson, Bobby Bright, and Ian Meldrum (as "Uncle Ernie" in Sydney).

The Dingoes were formed in Melbourne in April 1973 by Smith's old bandmate Kerryn Tolhurst. The original line-up included Tolhurst (ex-Adderley Smith Blues Band, Sundown, Country Radio) (singer, songwriter, guitars), Chris Stockley (ex-CamPact, Axiom) (guitars), John Strangio (bass), John Lee (ex-Blackfeather (drums)) and Smith (vocals, harmonica). The band was formed to fuse rhythm and blues with Australian Bush music but it was generally described as Country rock. Their best performed singles were "Way Out West" and "Boy on the Run", their 1974 debut self-titled album The Dingoes peaked at No. 18. They performed at Sunbury Rock Festivals in 1974 and 1975, making Smith one of the few artists who had performed at all four festivals. The Dingoes rellocated to USA from 1976 for their next two albums, Five Times the Sun in 1977 and Orphans of the Storm in 1979. While recording the latter album their management team, headed by Peter Rudge, had been devastated when some members of fellow signing Lynyrd Skynyrd were killed in a plane crash in October 1977; The Dingoes finally split in February 1979. Smith had already returned to Australia in late 1978. 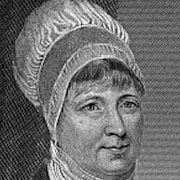 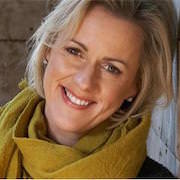 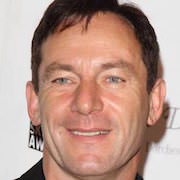